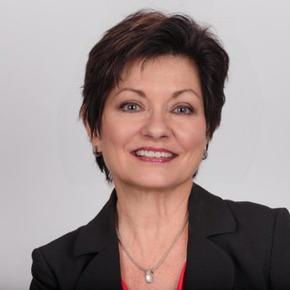 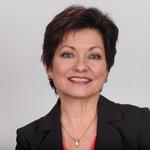 New agreements between FinCEN and states have been reached to include AML in Life and Annuity Providers’ Financial Condition Examinations conducted by their domiciliary state. Some states are more aggressive about including a review of the AML program of non-domiciled companies.

Since 2006, when insurers were required to develop AML Programs, FinCEN has charged the IRS with conducting examinations to determine the sufficiency of those programs.  Now, FinCEN and the various state insurance commissioners are reaching agreements to incorporate the primary AML examination of insurers into their regular financial examinations with the stated goal of helping insurance companies better identify, deter, and interdict financial crime.

The scope of these state examinations is evolving as some states (all states are anticipated to sign the memorandum of understanding by the end of 2013) are preparing to conduct these examinations.  A state examiner who finds problems or deficiencies in an insurer’s AML Program refers the company to FinCEN and the IRS for further examination.

Connecticut has included a review of the AML Program in Examinations of non-domiciled Life and Annuity Providers.

Regulators are more attentive to Money-Laundering and compliance than ever.

For example, the $100M fine in November 2012 against MoneyGram for fraud and money laundering is said by Reuters to be “one of the first big cases from a new crackdown against money laundering by … other financial institutions” by the Department of Justice.

HSBC has agreed to pay $1.9B to settle charges regarding violation of US anti-money laundering laws and sanctions.  ING Bank forfeited $619M in June 2012. Standard Chartered was fined $327M December 2012.

To date no insurers have been fined.

Resource constraints are driving Life and Annuity Providers to streamline operations by integrating the AML Program with anti-fraud and elder abuse programs.

Faced with increasing compliance costs, insurance companies are seeking efficiencies in operations and technology, so as to lower these rising expenses. The need to achieve efficiencies is driving insurers towards centralizing AML and OFAC operations across lines of business.

Companies are also trending towards integrating AML with anti-fraud programs and resources, tapping into a traditionally well-funded operation with a proven return on investment.  Insurers are recognizing that both AML and anti-fraud initiatives use similar data and processes, and many of not most cases of fraud involve money laundering.

In addition, some companies are also viewing elder abuse and suitability programs as excellent candidates for integration with AML programs, recognizing the similar use of data and processes.

Such integration can drive improvements in program efficacy, customer-level view of business, monitoring of agent behavior, and automation, driving benefits in cost savings, public perception, and avoidance of legal actions.

More Life and Annuity Providers are turning to outside consultants to conduct their independent audits, with some companies alternating each year between internal and external auditors.

The Justice Department has said they plan to bring more BSA cases against a broader spectrum of financial institutions than in the past.

Most large penalties were previously assessed against banks, but the Nov. 2012 MoneyGram case for $100,000,000 was called “one of the first big cases from a new crackdown against money laundering by banks and other financial institutions” by the Justice Department’s new Money Laundering and Bank Integrity unit.