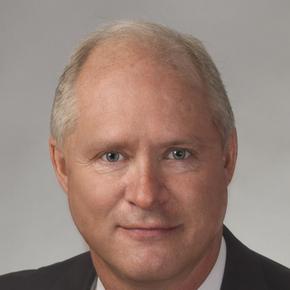 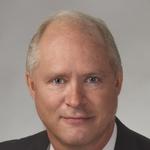 by Worth MacMurray, October 25, 2016
Principal, Governance and Compliance Initiatives, LLC

The U.S. is devoting more resources to fighting bribery and to promoting compliance programs.

Among the recent changes underscoring the U.S. government’s seriousness about bribery:

The DOJ has had significant success bringing cases in recent years. In 2014, for example, it collected over $1.25 billion in settlement fines and penalties.
Other countries, previously on the sidelines, are now investigating and prosecuting companies and executives for bribery.

China, Mexico, Canada and others have recently enacted or started to enforce meaningful anti-bribery laws. Companies must now consider the real possibility that countries other than the U.S., U.K. and Germany may seriously pursue bribery allegations, and that activities permissible in one country may be problematic in others.

A leading practice for larger companies with relatively mature compliance programs (and urged on by law enforcement) is to require that key suppliers have certain anti-bribery measures in place, typically including a documented compliance program. Commercial agreements may include provisions that cover:

Companies of all sizes are using compliance programs.

Public reports of huge fines, imprisonment, loss of market share and other adverse consequences stemming from bribery-related settlements and convictions have gotten the attention of companies’ boards of directors and senior management. The resulting cost-benefit analysis typically points towards implementing a compliance program. Companies of all sizes now use anti-bribery programs to help manage bribery risk and to demonstrate that they are responsible and a “good corporate citizen.”

A “by business, for business” anti-bribery ISO standard is imminent.

This standard may replace the individual requirements used by certain larger and medium-sized companies to qualify supply chain participants. ISO 37001’s “by business, for business” approach will help simplify and demystify how to design and implement an anti-bribery program.
Pervasive sports corruption scandals are causing the “person on the street” to appreciate that bribery affects their lives and passions.

International soccer match site selection and match fixing; Olympic games and pro cycling drug testing; major U.S. college football and basketball recruiting – the list goes on and on. And globally, it is causing the everyday sports fan to lament “they’re taking away my game!”

The U.S. government took a calculated risk and arguably expanded its jurisdiction by recently bringing corruption-based cases against senior FIFA officials. But there was remarkably little outcry from other governments. Many were apparently glad that the U.S. is taking the lead in this controversial and complex matter, because they realize that at home, people in all strata of society care deeply about fair play in sport – on and off the field.
Bribery and corruption are linked to national security.

Corruption is a significant contributing factor to the social unrest that exists in certain parts of the Middle East, Africa and elsewhere. Bribery, money laundering and other financial crimes thrive in the non-transparent environments sometimes present in these regions, where the rule of law is often absent.

Terrorist actors leverage these dynamics to their benefit. As U.S. governmental forensics teams (including the armed forces) seek the root causes and contributing factors that support and facilitate terrorist acts, the linkages between corruption and terrorism are becoming clearer and better recognized. Governmental law enforcement and policy makers now appreciate that there are national security implications associated with bribery and other forms of corruption.