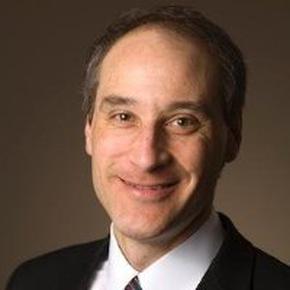 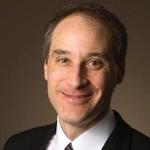 Many Americans are naive about what it takes to go to China and start a company.
Western companies – particularly American ones – often make the mistake of attempting to start a company in China without even asking if things are done differently in China, let alone trying to find out how things are done differently in China. For example, you can't get anything done in China unless you have built solid, trusting working relationships with government officials at all appropriate levels (which could include central, provincial, municipal, and district levels). You need to be sure you have aligned your business with the officials' priorities; otherwise you have no chance. You have to develop deep relationships with local officials – otherwise they can make your life hell, and you will ultimately fail.

Another example: Westerners also frequently don't pay sufficient attention to the intercultural issues that will come up when you have Westerners and Chinese working together in one company:
And so on.

People from both cultures need to be prepared to work together; how to do this effectively is not at all obvious unless people are trained.

Coaching in intercultural interaction is too superficial.
It's often the case that a human resources department will be told to get a cultural trainer in, and they do, and maybe the training is successful in the moment. But then the trainer leaves, even though employees are still in need of assistance. Too often people are in the thick of an intercultural problem –particularly people high up in the org chart – and because they've only had some "check the box" training, they're unprepared to confront the really thorny and difficult issues that come up in intercultural interaction.

Americans tend to think in terms of rules and established procedures and put a lot of faith in external institutions to be the watchdogs for their IP; in China, there's a totally different mindset. The very notion of trusting public institutions doesn't exist China. You have to look out for yourself. In China, you protect yourself with personal relationships, built over time, with key stakeholders. This isn't to say you shouldn't have have lawyers who do their work on that side, but it's important to understand all aspects of how culture affects IP.

Companies are willing to invest in sending American employees overseas – and the expense of actually moving them – but not in the assessment, training and support that will make them successful and keep them there.
When you send an employee to China to live and work, obviously the move itself is expensive, and things like the presence of international schools need to be taken into consideration if that employee has a family. But too often companies don't bother to assess whether or not an employee is actually ready to take on a global assignment.

Often they don't use the interviewing processes and quantitative assessments that can determine whether or not an employee is a good fit for an overseas assignment to begin with. Then, once the employee and family are in-country, the company doesn't pay for consultants who can prepare them for the culture shock. You wind up with a frustrated employee who thinks, "Why don't the Chinese ever talk in meetings? Why don't they ever volunteer ideas? I'm so annoyed!"

Meanwhile, his wife is having a very difficult time adjusting because she has no friends and doesn't know anything about the city in which they live, and their kids are under stress because they're in a new school. This scenario sets up that employee, and his family, for failure. Six months go by, and they leave. This happens all the time because companies are willing to make a huge financial investment in moving a family across the world, but they don't put any thought or resources, or put even a little extra into the margins, for training and support that will really make the difference between profitable success and costly failure.

Leaders often want a better understanding of a new geography for business purposes that aren't clear yet.
"What's your China strategy?" is a question many business leaders are being asked these days. The question presumes everyone should have a "China strategy," whatever that might mean. It could mean:
The problem is that asking the "China" question often means putting the cart before the horse. The first questions should be about your company's overall strategy, both domestic and global: Who is your target market? What sorts of risks are you willing to take with respect to which possible rewards? Basic strategic questions like this. Once you've answered these, if China hasn't been ruled out for any reason, or if it's been explicitly ruled in, then it's time to figure out what role China might play in your strategy. If you're disciplined about this process, then the tactical approach should be (relatively) simple to come up with.

At this juncture is when it becomes crucial to bring intercultural training and coaching into the planning, since the tactical plan should involve company leaders traveling to China for various purposes, and possibly inviting Chinese partners, suppliers, customers, etc., to come to the U.S.

In other words: Don't go to China unless you know why you're going in very clear terms. Once you're clear, bring in intercultural training as part of your approach.

Intercultural conflict can happen within a single national geography.
It's not always the case that intercultural conflict exclusively takes place in workplaces overseas. The workforce here in the U.S. is increasingly global, and even companies that only work domestically need to be aware of and prepared for how their employees bring different cultural biases into their conversations and into their ways of thinking.

For example, immigrants to the U.S. bring many of the cultural assumptions and behaviors from their home cultures into their U.S. lives, including the workplace. Managers from China, for instance, might not understand about U.S. laws regarding sexual harassment, and the reasons for these laws. They may also manage people in a fairly top-down, hierarchical way, which may not fit the company (or national) culture.

Also within the U.S. there are different cultures among groups based on gender, race, etc., and these need to be addressed as well (though this doesn't necessarily have anything to do with China).