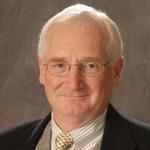 Most large firms will have an in-house intellectual property protection department – a patent department. Smaller companies may have someone internal who is a patent agent to manage the process, but they typically don't have internal in-house intellectual property lawyers. Or they may only have one, because of the expense. The work of researching and filing paperwork, the nuts and bolts of securing protection, often is is farmed out.

The challenge is that most patent firms will be able to advise you on how to draft, file, and prosecute a patent, but they don't know your core business. They're not able to advise you on how to craft an effective intellectual property protection strategy. And it isn't necessarily in their best interest to do so because, in one sense, they would just as soon have you spend more money filing patents and prosecuting patents because that's what their business is.

The technical abilities of laboratories and companies in developing countries in Asia, Latin America, and Eastern Europe are growing rapidly and are creating new opportunities, challenges and competitors for biotech product development. The challenge with those countries, however, is intellectual property protection.

Every patent has two aspects. Can you get the patent? And can you protect it? In countries like China or India, you can get the patent. That's not a problem. Protecting your intellectual property from infringement or even outright theft is a problem, however.

Companies have been known to seek patents in India and China, but they didn't think through the task of defending those patents. In most cases they cannot and will not be able to. And if you cannot defend the patent in that country, you should be asking the question: "Is this a reasonable business opportunity?"

That's an emerging trend that still needs to be sorted out. Certainly, China and India – and to some extent some of the Latin American countries as well – are trying to strengthen their intellectual property protection laws so that technology out of other countries will flow in and be protectable, but it's not there yet.

U.S. intellectual property law is aligning more with the laws of other countries.

But as the U.S. continues to creep toward a system that's going to be more aligned with the rest of the world, It is going to affect how companies tactically protect intellectual property. It may not change the actual strategies, but it will affect how they are implemented. Companies will have to wait to see how the changes unfold to reconfigure their protection tactics.

Getting protection for intellectual products in China or India, as examples, can be very expensive and you won't know how well you can protect the property. The amount of money a company is willing to spend on protection in those markets, then, needs to be weighed against the potential gains. Sometimes it just doesn't make sense to spend the money in a market.

Take the example of a therapeutic medication for Alzheimer disease. Probably 95 percent of such medication over the next 15 to 20 years is going to be sold in North America, Europe, Japan, and maybe New Zealand, Australia and Korea. Period. Regardless of where you've have patent protection for the medication.

And so if you're a company that's trying to maximize your bang for the buck of your intellectual property strategy, that's where you want to get intellectual property protection: North America, Europe, Japan, and maybe New Zealand, Australia and Korea. You don't need to worry about China and India and Brazil or Argentina and South Africa, because the amount of additional market revenues you can get from those countries, even if you had a defensible product, is only a few percentage points of the total you're going to get in your core markets.

Thus, a proper intellectual property protection strategy should include both offensive and defensive components that provide the company with an advantage over competitors and minimizes the ability of competitors to restrict activities of the company.