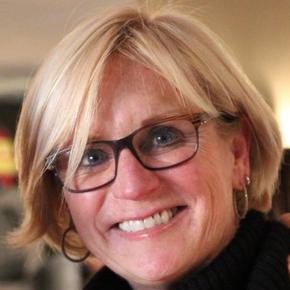 Organizational problems or issues often present themselves as team issues.

When a team is in dysfunction – the team isn’t getting along – it can’t make decisions. But, dysfunction usually is more of a symptom than the actual problem. As often as not, the real problem revolves around a lack of clarity surrounding organizational strategy or direction. Helping teams get their minds around that basic fact helps them understand why they’re here, aside from making money as an organization. It's fundamental to understanding the business.

You may call it a vision or core purpose, but it can be surprising the numbers of people who can't really answer the question: "What is it that you do?” Executives frequently say: "We've got that covered." But when pressed to write it down in simple terms, they may be working on it three or four hours later. Without clarity over so basic an issue, it is difficult to organize to the get the job done and to focus leaders and employees on tasks that create real value. Disagreements, then, create the tension or dissension in your team that presents as dysfunction, which may not be the problem at all.

Team alignment can suffer from a lack of confidence in other team members.

Problems with team dynamics commonly stem for a lack of alignment of team members' goals and expectations. That, in turn, usually revolves around areas of competence. Does the team believe each other has the range of talent to do the job?

Are team members able to make commitments – can they disagree and then still commit to a chosen course of action? Are they able to see things through? At the same time, do team members have the courage — and does the environment allow for the courage – to say, "Wait a minute. We need to pull back and change direction.”

Anytime there are handoffs between one group and another — as between development and production or sales and operations — there is an opportunity for a disconnect. That’s where understanding, trust, and also the clarity of direction, is crucial. If one of those is out of whack, chances are high that there’s going to be a problem, or a misunderstanding, or an assumption of ill will of some type.

Moving from an owner/operator role to a CEO role can be a huge challenge.

It is a big shift to go from being an owner/operator to being the CEO of a larger organization. You must move, almost overnight, from having your finger on the pulse of the organization with a deep, intense, first-hand knowledge of its operations and products into building a structured environment and leadership team. Many CEOs can’t make that switch, and good things typically don’t happen when that occurs.

Meetings often don't support the direction of the organization.
Meetings often fall into one of two traps:
What is missing in each of these cases is the time to ensure a critical alignment with organization goals. Team members focus on urgent issues or wait through multiple reports only to find that very little time remains for the big-picture issues that only the leadership team can resolve. It may overlook, for instance, that a company's most pressing problem is that quality is suffering and deserves more time and attention. It also can shortchange discussion of goals and the strategic planning required to create new goals. That is a first step toward an organization going adrift.

Clarity of purpose can weaken over time.

Things that everyone thinks they understand often aren't as clear as we all think. This is especially true over time. New leadership, new team members, new products, marketplace changes, technology changes and many other things all can eat away at alignment among senior leader team members. Everyone assumes they understand the mission, but that understanding may have shifted among many in the group.

Additionally, changes may have necessitated adjustments, some of which may have come naturally to members of the team, but which never were fully shared or discussed in terms of finding a unity of purpose.

It is important to dedicate senior leadership time to ensuring that the mission, values, goals of the organization are revisited, recommunicated and realized vigorously on a regular basis. As Lewis Carroll's Cheshire cat said: "If you don't know where you're going, any road will get you there."