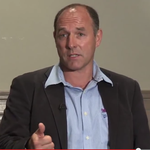 We've got a crisis in liquidity and a crisis in reliability. As employees and as customers, people have lost confidence. If your pension was dependent on Enron surviving, you would not have confidence in Capitalism 1.0 today, or in the big banks either, after 2008.

Capitalism 1.0 has not been mindful of the environment. There is a growing awareness that the planet cannot indefinitely support consumption-driven wasteful lifestyle.

The “trickle-down” effect of wealth creation we were told to expect has not materialized. There’s a growing gap between the haves and the have-nots.
Most companies understand that they need to build trust in the communities they serve. They're aware that they are increasingly judged based not only on the quality of their goods and services, but also on what they stand for, and how they conduct themselves as citizens of the world.

Wealth is increasingly concentrated, but social media has dispersed the power.
Just as the industrial revolution empowered companies, the digital revolution has given individual people the power to communicate instantly with just about everyone else in the world. One false move that leads to one negative story can damage a company significantly and with astonishing speed. Your company or organization can be famous overnight, but for all the wrong reasons.
Organizations that ignore the power of social media do so at their own risk. People have the power today and they're looking for organizations, individuals, products, brands and services they can trust.

The growth markets are moving South and East.
Growth is going to come from the developing emerging markets. Europe and North America are not going to be the growth engines of the future. The world is moving east and south. By 2050, according to U.N. projections, Nigeria will have a larger population than the United States. India will soon have more people than China.

By 2020, there will be two billion new first-time consumers on the planet. In these markets, people tend to be more exposed to the hardships climate change is already producing, and well-acquainted with the hardships related to disease. The brands, products and companies that help alleviate those hardships and make their lives easier and healthier will win their business and their trust.

In the emerging economies, it's all about building trust in a brand by being useful and seeking opportunities to create social and environmental benefit. The two  are often very closely linked. For a first-time consumer in the developing world, it's all about "what is this product going to do for me?" You have to know your market well and really know and understand what the people are actually up against. if you have a short supply of water, for instance, a product that is insensitive to that reality is not going to win your business. You have to be ready to innovate and adjust based on the realities that exist.

Women are gaining power and independence.
While there's still a long way to go, women are steadily gaining power, independence and influence throughout the world. Without succumbing to stereotypes, as executives, women do tend to bring a different dynamic to business because they tend to be more inclusive and cooperative, and these factors are going to be increasingly essential to success in business on a global level.

In emerging fast-growing economies, women are working more and entering the consumer population. Many are buying packaged products for the first time.
Companies should keep women in mind throughout the business cycle.
The "old boys club" is an outmoded relic of a bygone age. We are in a new era that favors collaboration and innovation, based on understanding and responding to market needs. Women are doing well in this arena and will very likely continue to do so. While women hold chief executive and president positions in only 3 percent of the world’s top 1000 companies and are just 13.5 percent of executive officers in the U.S.’s top 500, in the public sector they have progressed at three times that rate.
*Source: Paths To Power, a report by Deloitte and Forbes Insights, March, 2010

The world population is growing rapidly. It's beyond 7 billion now and is expected to reach 9.6 billion by 2050.
By 2020, we will have 2 billion new consumers who will be consuming packaged products for the first time. We will have an extra 3 billion people entering the middle class by 2020, and by 2050, that figure will be 8 billion.

Urbanization may help stem this a bit but in the rural agrarian economy, there is tremendous incentive to have more children because there's such a high infant mortality rate and the children who do survive provide added labor. In the cities, children are more clearly an added cost, and the incentive to have a big family is reversed. Children who grow up in urban areas may be more likely to have better access to education, and likewise may be less likely to have big families when they grow up.

Education is the single most effective form of`birth control, and there may well be a role for some businesses to play in helping to educate the urban population about birth control, and bring affordable and effective birth control products to them. This is in everyone's best interest. We're going to see a huge stress on the entire planet if the global population rises to 9.6 billion people by 2050.*

More people now live in cities, and that trend is on the rise.
As people migrate closer to the cities and move into urban areas and the power is more distributed and the people have more of a voice, it becomes all the more important for a company to have purpose as their priority. If you don't, then people won't trust you and will not want to associate themselves with you.
We live in an increasingly interconnected world. Urbanization is making that even more apparent. It's going to be necessary to make it possible for all of these people to live in some degree of comfort. It's a challenge, yes, but also a tremendous opportunity for companies that can deliver affordable useful products that makes life easier and are good for the environment.

All the stress on the environment will soon result in a global slowdown in business growth.
Climate change is a reality.  We are already seeing lower yeilds, and likewise a rise in the price of goods and manufacturing supplies. We are seeing increased costs for transportation and energy. Water is going to be in alarmingly short supply as we go into 2030-2035.

Liquidity is also a problem. We can't continue to fund growth on debt. With the coming surge in population and all the added demands on the environment this will create, growth will inevitably begin to slow all over the world.

Right now, most companies are still in a state of denial about all this. It's just human nature to resist change and most won't pay attention until it really hits them financially.  At that point, they will be forced to face the fact that we are consuming at a capacity beyond what this planet can bear.  It will become too obvious to ignore, and human beings as a species will wake up and start to seek ways to collaborate on the solution.

There are some smart companies that see this wave coming, and they recognize that it's a tsunami. They are taking a more proactive approach and shifting their process to produce brands, products and services that use renewable resources, and offer a positive social and environmental impact.

People now care more about their own well-being.
Companies around the world have been seeing an alarming increase in absenteeism. Anxiety and depression are on the rise and it's costing a bundle. According to a recent Forbes study, in 2012, absenteeism cost U.S. companies more than $576 billion.

As much of this cost is associated with illnesses associated with work-related stress and depression, it has prompted many companies to take more interest in developing programs that foster a better sense of well-being and satisfaction among their employees.

Arianna Huffington of the Huffington Post calls this the "Third Metric." As she points out, too many companies have made it their priority to make money in the short term, often at the expense of their own employees. There's been too much focus on money and power. While this can add up to success in the short term, in the long term, we need a "third metric," a measure of success that goes beyond the first two, and includes:
There is a growing awareness that the long-term success of a company is dependent upon the health and happiness of its employees.

Mobile telephony has revolutionized economies in Africa.
In recent years, mobile telephones have done a great deal to improve the quality of life in Africa. Mobile banking has revolutionized the economy by reducing the need for cash, and the subsequent vulnerability to theft, which was a big problem when the economy was running almost entirely on cash. Farmers and other vendors can now safely bring products to market and their customers can now pay via mobile banking for those goods. The reduction in cash  has led to a reduction in theft, led to a big boost in the economy, and yet also opened an enormous new market for mobile telephony and mobile banking.

Mobile technology has also made it easier to support a good cause in a more immediate way. At the recent opening ceremony for the Commonwealth Games, UNICEF raised more than 2.5 million pounds sterling by asking the people attending that opening ceremony to text a $5 donation to the organization.