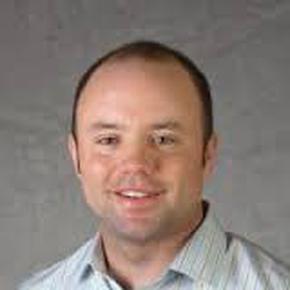 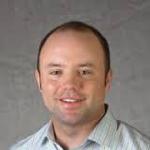 Farmers are increasing their use of, and success with, crop insurance as a risk management tool.

Federally-supported crop insurance offers a premium subsidy to producers. Private insurance companies determine what is actuarially fair, which means that for every dollar paid in, a dollar is paid back over time. Once the rate is defined, a subsidy is provided to the farmer – something on the order of 80 percent of the premium cost. The farmer pays only 20 percent of the premium so, over time, gets back about four times the amount invested.

Producers are starting to realize this and they are using the protection and revenue streams to help finance other activities and business expansions. But there are unintended consequences, too, as farming has been more reliably profitable. The increasing investment has bid up the price of agricultural land, which also can ramp up the risk factor over time.

Farm consolidation is continuing at a rapid pace.

As farmers have figured out how to make very safe bets with insurance and hedging, the increase in available resources has permitted expansion, which almost always comes at the expense of other producers. The farmers with good risk management strategies, essentially, outperform the farmers who concentrate solely on being good managers and good farmers.

Further, as farm size increases, farm efficiency can grow and government subsidy programs don't have limits. Those funds contribute to the subsidized farmer's ability to outbid other producers for land and resources. One Kentucky farmer, as an example, expanded from 18,000 acres to more than 31,000 acres in just a few years. Most of that expansion was funded by subsidized crop insurance and other agriculture programs.

The internet and social media are spreading a lot of bad information.

There has been a big run-up in information available on the Web and, of course, in social media. You get a lot of self-appointed experts who run on emotion and not on applying a model and using research-based decision making.

The problems are getting so complex and we are seeing a lot more ineffective, ad hoc decision making. A producer has to start with his own specific set of characteristics. But people read online information – maybe it is about some things a farmer tried in Illinois – and it makes an impression on them, even if it it can be completely false for their farm in Iowa, where the risks are very different.

A generational shift toward younger farmers is under way.

For decades, the average age of U.S. farmers has been increasing. But as profitability has increased, the next generation is starting to return to the farm.

On the flip side, many of these newer, younger farmers have not experienced the kind of lean or desperate years their parents probably have seen. Conversations with extension agents reveal that a lot of these young producers are going out and buying new equipment as soon as they make a little money. Better risk management tools may be skewing their thoughts on the level of risk. So when their parents might be saying "hold on," the new generation is thinking, "Let's go spend some money."

What they may not realize is that while insurance can protect you in a weather event that happens quickly, it is different when something unfolds more slowly over time, and you're not protected from eroding prices over multiple years. Research shows that we typically remember what we did recently, but fail to remember what we did, or what happened, a longer time ago.

Investment in agricultural production is growing.

There has been a lot of investment in agriculture over the past eight years or so because producers are making money. That investment has included land, but it also has included machinery, buildings and technology. All this has pumped a good bit of money into the overall agribusiness sector.

However, for the producers, this is this similar to doubling down at the poker table by committing even more fully to crop production. The purchases are increasing debt and costs. When you increase your costs you increasing the probability of losing money. Additionally, the probability for increased production can put downward pressure on prices.