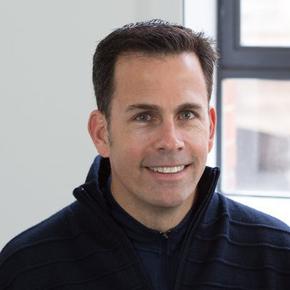 You're not no. 1 in your market, and if you can't compete better, you won't survive.

This is the classic challenger brand situation. "I’m going up against a much larger competitor or a series of competitors who are much bigger than me. I don’t have the resources that they have. How do I win?”

The premise there is that you will not succeed by doing the same things as the market leader and you certainly can’t succeed because you don’t have the resources, financial people assets wise to outspend and outgun them. There are strategies that will work in this kind of situation to help the company put itself in a position to change the equation.

This is the classic conventional way of thinking about challenger brand thinking which often fits the underdog David versus Goliath narrative. Most people who come to us have this kind of mindset and don't really understand and appreciate that being a challenger can be a lot more than that.

You are a market leader, but you have either stopped growing or you are facing a new challenge that threatens your position.

This just goes to prove that it's not just your place in the market that defines whether you are a challenger brand. What we like to say is, “Challenger is a state of mind not a state of market.”

That's why market leaders can benefit from challenger thinking just as much as the smaller players in a marketplace.

People like to talk about David versus Goliath, and use the story about how the little guy won. But in fact, if you think of it as David and Goliath, it's takes on an entirely different potential power. If you put the head of David on the body of Goliath, you may in fact create an invincible combination and sustainable competitive advantage.  As Phil Knight at Nike once said, "We are the Goliath of our industry, but we stay that way by thinking and acting like the industry David."

Your company finds itself in the common, but unfamiliar situation where it has to "do more with less."

Look at the economic situation we've been through in the past five years. A lot of companies, including major, powerful brands, faced significant budget cuts, layoffs and reductions in resources. There were a lot of brands and businesses calling me because their budgets and resources were suddenly either put on hold or cut in half and they had to figure out a way to grow with either the same or fewer resources than they had before.

They came to us saying, “This is unfamiliar. This is uncomfortable. How do I do this? Maybe if I think and act like a challenger I can find a solution and a strategy.”

If you are suddenly facing a significant constraint in your resources (e.g. money, time, people, etc), then the challenger brand approach would be a good approach to help you find a way to succeed by "doing more with less."

Your company's mindset — the beliefs of your employees — doesn't support innovative thinking.

There are company leaders who recognize that the people in their organizations need to change. Their employees don’t have the skills and the qualities or lack the aggressiveness, progressiveness or innovativeness that they sometimes see in other industries or smaller more nimble players.

So they see a need to fundamentally change the culture, the behavior, the skills and the qualities of the people in their organization to get them to behave differently.

There’s a phrase in science and psychology called path dependency. Managers and CEOs see on the people side of the organization that their teams have become slaves to process and habit and routine. They need a challenger approach to break out of that to see fresh ideas, fresh insights, fresh new ways of approaching their business and their problems.

Most managers and business people are paid for paying attention to the operating side of the business. They get rewarded for delivering sales revenue or profits. They see those issues as what they have to fix first. Dominant market leaders become so entrenched and comfortable in their way of doing things that the people side of the equation is the greatest inhibitor to challenger thinking.

But there are a rare few folks who realize that sometimes the problems on the business side or the brand side of the equation is actually just a symptom of a greater problem that has to do with the people. So often we get presidents and CEOs and general managers call us to say, "Can you help us change our teams' way of thinking and behaving and can we build a new set of skills and practices that will help us not get stuck in our own ways?”

My company has a huge growth opportunity, but if we can't change the way we're operating, we can't capitalize on it.

I did some work recently with HP, the dominant market player in the printing, imaging and graphics industry. They have more than the dominant lion’s share of market in their industry. On the surface, as the market leader and a very profitable, growing business, they had very little incentive to change based on the way their current business model looked.

But digging deeper, there was a very compelling business case for change emerging that had everything to do with how the world was changing around them and that the day of needing to physically print everything was history. If you looked at the younger generation of people, they considered physical printing as a last resort, and there was a completely new world defined by a digital and physical ecosystem of "content, stories and meaning."

That new reality had profound impacts for their business model and the strategic approach they needed to take. They realized they had to challenge themselves to move away from the current business model that was based on selling a lot of printers and trying to make their recurring profit on replacement printer cartridges.

If you can articulate a business case that says your business model will be dead in 10 years – just like what happened to Kodak’s film canister business model – that’s a pretty compelling case for change. The people in a company must buy into that first before they ever will ever embrace any challenger thinking in their organization.

Identifying a strong, compelling case for change is a prerequisite to consider before taking a challenger brand approach.