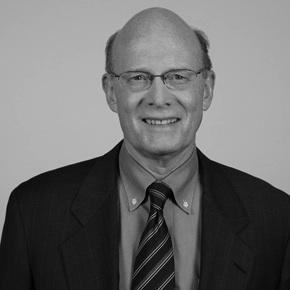 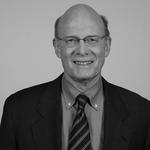 Increased pressure on net income from such factors as rising healthcare costs, taxes and regulatory compliance may reduce a company's value for a business owner seeking liquidity to support retirement.

Many owners may have put off selling their companies in 2007-2008 because of the perception the economy would continue to grow robustly. Of course, that didn't happen. And the recovery has not been as strong as history suggested it might be.

The economy as it affects middle-market companies has not come back. It has continued to be very challenging to grow companies. Some companies' revenue may have leveled off or may even be improving, but growing the bottom line has been more difficult as a result of rising healthcare costs, taxes and regulatory compliance costs. Add to this the uncertainty created by government's failure to address the challenging economic issues that affect businesses, the problems in the EU, ongoing conflicts in the Middle East and North Africa as well as slowing growth in China and the developing countries. As many see it, we may be closer to the "new normal" than we would like.

Particularly for baby-boomer business owners, who have been working hard over the past five years to get their company to the point that it might attract a valuation from investors sufficient for them to retire, the continued weak economy has not enabled the necessary company growth. Many business owners are having to adjust their retirement plans.

With a reported sum of nearly $1 trillion available and a dearth of quality investment opportunities, private equity funds are becoming very flexible in structuring transactions.

This capital availability creates opportunities for liquidity that should be explored by company owners.

Historically, private equity investors were loathe to make investments in companies when a large part of the capital provided liquidity to company owners who were integral to the operations of the business. Similarly, such investors almost always required operational as well as financial control by acquiring well in excess of 50 percent ownership.

Large corporations reportedly have more than $2 trillion in cash on hand, making acquisitions an important component of their growth strategies.

Larger corporations (strategic investors) are often willing to pay a premium for the acquisition of a company with a complementary product or service.

A strategic investor can often reduce overhead by eliminating administrative duplication that results from the acquisition of a company. Strategic investors can vastly expand the distribution of a unique product of an acquired company by running it through its larger distribution network.

As a result of such situations, the possibility that strategic investors may be interested in your company should be considered.

Realizing they would have to pay more for companies represented by investment bankers, both private equity funds and acquisitive corporations are approaching company owners directly.

A team of advisers including attorneys, accountants and investment bankers can almost always increase certainty of closing and maximize the sale price and terms for an acquired business. A business owner who begins to negotiate the sale of his business directly with an interested party is often at a disadvantage and seldom can reach final agreement on the sale on the best possible terms.

As an example, Redwood Toxicology of Santa Rosa, California, was approached by a private equity firm expressing interest in acquiring the company. At the time Redwood was generating about $30 million in revenue and $10 million in EBITDA. The owner was 62 and, while he did not want to retire, he had been contemplating taking some cash out and slowing down. He shared the company financials with the private equity firm, who offered to acquire Redwood for $55 million. With that offer in hand, the owner approached a well respected Mergers and Acquisitions attorney in San Francisco to document the transaction. With an offer in hand, the owner did not feel the cost of engaging an investment banker was worthwhile, but the attorney recommended he interview at least  three investment bankers.

Just on the interview, the private equity firm increased the offer to $59 million, hoping to discourage the owner from engaging an investment banker. The owner interviewed the investment bankers his attorney recommended, but declined to hire one.

After two months of due diligence, the private equity firm reduced its offer to $45 million, claiming they had found some issues that would preclude them paying the previous higher offer. At that point, the owner rejected the offer and engaged one of the investment bankers he had interviewed. The investment bankers guided Redwood through the sale process, writing a descriptive memorandum addressing all the issues a buyer would want addressed, then pitched the company to multiple potential acquirers -- resulting in an $80 million sale.

Because they cannot absorb the increasing costs of doing business as effectively as larger corporations, many middle-market companies are struggling to grow bottom line.

Many middle-market companies that have survived the recession may have stabilized or even been able to grow, but are struggling to grow net income because of costs beyond their control, including health care and increased regulations.

The challenge of this post-recession economy is that business owners need to consider changes to their past strategies for growing their companies.

Uncertainty has frozen many middle market companies, leaving them unable to hire, grow or sell.

The post recession world has been defined by a new normal:

While larger corporations have emerged from the recession and are beginning to grow, many middle-market companies facing these issues are either unwilling or unable to hire more employees. Their growth and their market valuation is stagnant.

As described above, middle-market company owners might be well served by exploring taking on a financial partner – a private equity of subordinated debt fund – who can help grow the company.

In the Redwood Toxicology example above, the owner reinvested into the company $7 million of his $80 million of sale proceeds, he moved from CEO to chairman of the board, his general manager (who happened to be his son-in-law) was promoted to CEO. With financial resources of the private equity acquirer, the company over the next several years acquired several others and eventually was sold to a larger corporation for $120 million.

The original owner was able to take "a second bite out of the apple," and today is on the board of directors of the company that acquired Redwood, while his son-in-law is still CEO of the division.