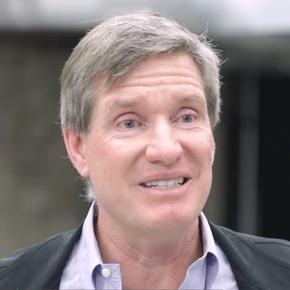 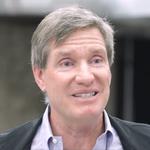 There's no straight line to success for startups and early-stage ventures.

We've all seen the statistic: Roughly nine out of 10 startups ultimately fail.  They fail for many reasons, among them:

As daunting as these obstacles may seem, however, there remain the one in ten startups that do indeed make it. Their founders create a high-quality product or service, find and delight a well-defined market, and build a strong management team with the right skills and know-how. These are the founders that VCs are looking for, and are willing to fund through the ups and downs of product and market development.

This process of experimentation is not one-size-fits-all. The decisions and judgments that need to be made along the way vary greatly, depending on the product or service, its market, and sometimes, just plain happenstance. But it always requires a methodical search for target customers and rigorous steps to make sure you've correctly identified them and deeply understand their needs. Only then can you truly tailor your product to delight your market and succeed.

In the early 2000s, before the iPhone, a company called Danger created an early version of the mobile phone. The company spent $100 million on development and launched the product. It was a good phone with software designed by Andy Rubin, who later founded the Android platform at Google. You could not yet surf the Internet, but this early version of the mobile phone offered some basic functions: You could make calls, do a little bit of texting, do some game-playing.

Still, it wasn't clear early on who the customers would be and if they would actually buy the product in the volume that was needed. After the launch, the company had some limited success, but sales weren't really enough to cover the development and manufacturing costs.  Then, one morning, they woke up and discovered that a niche market of some 8,000 customers had "found" their product and were eagerly paying for it.

Who were these early adopters of the earliest of mobile phones? They weren't techies, or Wall Street brokers, or emergency responders. It was a market no one expected: Deaf people. But they didn't want the product for its functionality as a "phone" for voice conversations; they were, after all, deaf. What they really needed, and what Danger delivered, was a mobile device for texting.

When Danger realized this bit of serendipity, it wisely began to focus more on the phone's operating software and less on the hardware design.  How important was that?   Danger was eventually sold to Microsoft for $500M, and Rubin went on to develop Android, the world's most-used mobile software platform.  Today, the volume of texting greatly exceeds voice calls. The entire world changed how it communicates, and Danger was a pioneer.

Obviously, every entrepreneur would love to sell his or her company for $500 million.  But first you have to discover target markets where you fit a particular need. You may not know or fully recognize that need at the outset, but like Danger,  you find it through experimentation and keeping an open mind about the future of your product.

Finding and understanding their market is one of several common problems that founders experience in early-stage development. Others include:

For startups and early-stage companies to be successful, founders can't make it alone. They need a small, talented team of key players who share in the founder's vision and commitment to understanding the market. The three of four members of this entrepreneurial team have to be willing to wear a lot of hats – there's no place pre-revenue for compartmentalization – and to learn to work in all aspects of the business.

The founders team also needs mentors – VCs, board members, or advisers – who've been through it all before and can help navigate the waters of experimentation.

There's no by-the-book method or express lane for startup success. But learning the lessons of methodical, even maniacal, experimentation will put you on the right path.