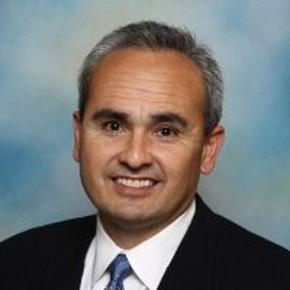 Company Turnarounds - Paths Forward and Out of Trouble 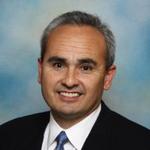 Companies lose sight of their customers during a PMI or carve-out initiative.
An operational PMI typically involves a large-scale reorganizing of your troops, and the more extensive it is, the greater the tendency for people within the organization to take their eyes of the ball. Which, of course, means your customers. People throughout the organization are distracted because they are worried about their jobs and jockeying for position in the reorganized structure. Your customers inherently expect the worst: that there is going to be major disruption and distraction in the company and that it is going to affect the quality of the service they receive.  Competitors are usually eager to feed that mindset and suggest to your customers that maybe they should switch to a more stable company that is not going through an integration.

The acquiring company has to be ready to pitch a good story: that the acquisition provides a greater breadth of products, a deeper bench in terms of customer support and service, or other benefits. And it has to take immediate steps to demonstrate to its existing customers and relationships that they are as important to the company, if not more, than before.

Companies lose revenue to ruthless competitors during the PMI or carve-out.
Expect to lose revenue. It will happen. It is not uncommon to take a 5-12 percent revenue loss in the first couple of quarters because people are not pounding the pavement selling. They're spending half their time figuring out what their new job is going to be. Competitors take advantage of that. They see that you're not calling on a customer as often as you were before; they tell that customer that your company is disorganized because you're going through a big integration that's going to last five years. They tell the customer that it is not going to get the level of service it deserves or will get from the competitor's company.

A great example of that is what Dell is doing that right now in competition with HP, which has been consumed with splitting into two companies – HP inc. and Hewlett-Packard Enterprise. To take advantage of the circumstance, Dell has been going to HP customers and telling them that HP is going to be fully consumed with this process for an entire year and they won't get the level of service and attention they have typically gotten from HP.

Companies do not move quickly enough with their PMI or carve-out.

The likelihood of revenue losses during an integration means there's no time to spare in getting through it.  How fast is fast enough?

The answer lies in how many quarters can you afford to take the revenue hit. Some companies have some seasonality in which they typically expect revenue to go down for a quarter or two, and they can afford to take a revenue hit if it happens to be in that seasonality. So maybe they get a free ride of sorts for two quarters. But it is a different story if the quarters that follow an acquisition are quarters in which revenues typically rise. The seasonality works against them. The market is going to expect revenues to rise in those two quarters because historically that is what has happened.

For a growing company that has experienced regular growth quarter after quarter and year over year, the market will expect that to continue. This is your worst possible situation in terms of not moving quickly enough to meet the market expectation. You have one or maybe two quarters to right the ship. If you're a large mature company with relatively little growth, you probably have a bit more time because the market doesn't have the same expectations for quarterly growth.

The need for speed means you have to build expectations for moving quickly into the integration plan, along with a structured and well-articulated process for measuring your progress. Typically, in a more complex operational PMI, you need to have a structured project management office that measures the progress in every function, in every geography, and reports on that progress – at least to the executives and at least every two weeks.

Companies fail to put their best people on the PMI initiative.

A PMI must have a strong company executive in charge  – someone with a good history at the company, who understands its strengths and weaknesses, knows where the white elephants are, what's in the closets here and there, and what can or can't be moved. That person should be supported, but always behind the scenes, by an external consultant – oftentimes a partner or a principal at a consulting firm who can serve as a trusted advisor. The senior executive is always out front, highly visible to everyone involved. The trusted advisor must remain in the background, but always there to give sage advise to the executive.

Typically, the senior executive is a senior vice president, sometimes an executive VP, who either reports directly to the CEO or holds great credibility with the CEO.  This might be a senior VP from operations, sales and marketing, IT or finance. Typically, it would not be the CFO, but the CFO is a right-hand person. The senior executive needs to be someone who knows how the CEO would react, how the CEO would answer questions, and what decisions the CEO would make if those questions were brought directly to the CEO. He or she should be someone who can handle about 80 percent of the questions and decisions without elevating them to the CEO.

In the trenches of the PMI initiative, consultants can be a lot more visible and should be used because of the large ramp-up of effort that has to happen. To get through the process quickly, as you must, it's very difficult if not impossible for a company to staff this type of initiative with its own people. They already have full-time day jobs. They're focused on customers and need to remain so.

In a large PMI, it's not uncommon to have 200 people working on the integration. These are 200 people you can't just pull out of the business. You have to involve on-site consultants with experience in PMIs. Usually the best way to do that is for every key function to have what we call "two-in-the-box." You pair each company executive or senior manager with a consultant who's gone through this at least a couple of times before. The company manager may only dedicate 25-50 percent of his or her time to the PMI, while the consultant would be there full time doing the legwork and heavy lifting. In no situation do you ever want the consultant doing everything. It is critical that company managers and executives play an active role.

Companies fail to keep a corporate strategy person involved who understands the original rationale behind the merger or carve-out, and as a result, that rationale can get lost during the process.

There's always a strong rationale for the acquisition and it always comes out of the corporate strategy group. Strategy groups develope the rationale for why the company needs to do the acquisition, then they go through an exhaustive list of potential acquisition targets. They nail it down to a short list, then go through a rigorous analysis and due diligence process.  There's always a ton of upfront work that establishes the business case.

But once the deal is signed and closes, those people move on to the next deal. A totally different set of people then does the integration work and this group typically has very limited insight into the original rationale. Typically, only the CEO and CFO have this insight into the key reasons for the acquisition, but they have a company to run and can't be involved in the day-to-day decision-making process of the integration. There are decisions made every week over the course of a typical two- to three-year integration process that can steer the ship in a completely different direction than what was originally intended.

That's another reason it is so important to pick a senior executive to manage the integration who has credibility with the CEO and access to the original business rationale underlying the integration.

Companies lose some of their best talent during an integration or carve-out.

Disruption, distraction and uncertainty always put your best talent at risk. It is human nature to seek stability and security. People are quick to look for that and to explore new opportunities when they see the potential for their current jobs to be negatively affected.

Personalities and in-house politics also can come into play during a reorganization. Managers may see an opportunity to get rid of potential rivals or workplace enemies. Usually, that rival is a high performer, so the manager has lacked a rationale or excuse to get rid of him or her previously.

And there is an unfortunate Catch-22 that comes with putting your best people on a PMI initiative, as you clearly need to do and which any integration consultant will recommend. What often ends up happening, and no one talks about this, is that you put some of your best people on the integration, and maybe even one of your best executives in charge of the overall integration. The integration will typically last for two years or more. During this time, many of the previous roles of these senior managers or directors have been back-filled by others, and most likely very adequately. When the integration initiative ends, the people who back-filled those jobs are in a better position to continue in those roles than the people who were on the integration initiative, who are now two years out of date on what's going on where the rubber meets the road operationally. Often, maybe 80 percent of the time, these people find themselves without a job after the integration.