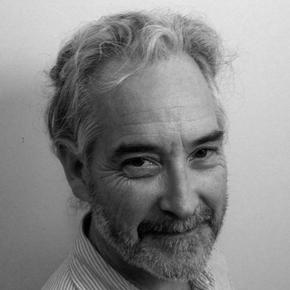 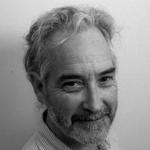 Companies have conflicts with the communities in which they operate and don’t understand why.

They don’t understand the root causes of the conflict, and can’t understand why their corporate social responsibility programs aren’t helping. Why aren’t they being perceived as the good guy? The answer is that they have not done the right kind of assessment to understand the real issues and how to respond.

A mining company in Africa had all kinds of CSR programs -- clean water and the like. They were still having problems with the community and couldn't figure out why. The real issue turned out to be that the company’s trucks were driving too fast through the area, creating safety hazards for local people. The drivers were paid based on how many trips they made each day, so they were speeding through these communities as fast as they could. The answer was to change the incentive for the drivers, so they wouldn't speed through the communities. It was about changing a behavior; philanthropy was the wrong tool.

Organizations see themselves as separate from the community, instead of part of it.

Whether your company is going to be in a location for two years or five or longer, you are part of that community, and it is going to actively react and respond to your presence on an ongoing basis. The faster you can lose the idea that you are standing apart from them, the better the result you are going to have.

This is a particular issue when a company is in building mode. The employees may feel like they are floating on the surface, not really part of the community. The community doesn’t see them that way, of course. They see them as no different from people who are going to be there for years. If you have no relationship with your neighbor and there’s a conflict, there’s no basis of trust for resolving it.

Companies have ineffective channels for communication and grievance resolution; they don’t know what’s really going on.
The community gets frustrated because it can’t get traction on its complaints. It’s difficult to register a grievance, even to find out who to contact, let alone what happens to their complaint. People have no access to decision makers in the company. They’re not being listened to: You’ve made these commitments, and you’re not following through, they say to the company. Do you even know what they are?

Companies have no method for tracking complaints, identifying problems and developing solutions. So a situation blows up because they weren’t receiving the signals. Suddenly, they have protestors at the front gate, and they never saw it coming.

The wrong people are in charge of community relations

Companies typically assign employees to community relations jobs who lack the right skills and specialized expertise. Or that’s where they park people when they don’t know what else to do with them.

Sometimes, they hire a retired local official – the job is just talking to people, isn’t it? The person represents the company at neighborhood meetings or village meetings, and they shake hands and hand out money. It becomes about individual personalities, not the organization. Or, companies hire people who are politically connected, on the belief that they can "fix" problems. That’s almost always a path to other problems.

Companies and communities have different understandings of time.

This is a particular issue with natural resource projects, including land development projects, and it needs to be part of the initial risk analysis.

Indigenous or aboriginal groups have a completely different sense of time than a Western company would have. These communities have been managing resources for centuries, even thousands of years. Their decision process is based not on the immediate impact but on the impact over generations; how will this affect my grandchildren, my great-grandchildren? They may take longer to come to a decision.

If you don't understand that and you go in expecting that you're going to apply your project timeline, your sense of timing, to what happens in that community, you're almost inevitably creating the seeds for conflict.