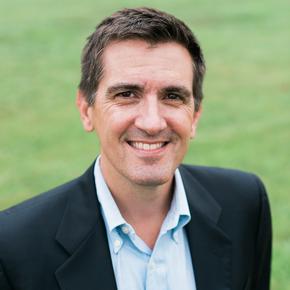 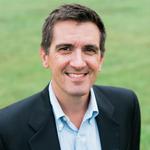 The costs and tax treatments of aircraft are complex and often misunderstood.

The overall costs of aircraft ownership may seem straight forward. However, the capital, residual, fixed and variable costs are unique for every aircraft model and can even vary broadly between aircraft of similar makes.

A number of factors come into play. These can include large maintenance costs on the horizon, the impact of aircraft speeds on variable costs, or how residual values can be impacted by technology obsolescence or reduced manufacturer support.

Tax strategies should be closely examined and implemented based specific needs.  Ownership structures have FAA and IRS implications that need to be complied with.  Use and sales tax planning depend on factors like ownership and the state where the aircraft is based.  Other aspects of personal use and commercial use (i.e. charter revenue) will have an impact on tax treatments.

The time to examine and plan around these costs and taxes are well before you acquire an aircraft.

Selecting between the options of charter, fractional ownership and whole ownership is not a formula.

Many industry "experts" subscribe to the notion that annual flight hours will determine the best option for purchasing an aircraft. Typically, they believe that less than 50 hours is best suited for charter, 50 to 200 hours is suited for fractional ownership, and above 200 hours is suitable for aircraft ownership.  However, these are general guidelines. Specific applications for the aircraft will best determine the most suitable option for an organization.

The economic hurdles between these options will vary based on specific variables.  Travel patterns are the most important. Are you traveling domestically, internationally or both?  What are the most common destinations?  How long will the passengers typically remain  at their destinations?  Do travel plans change frequently?  How often will they use more than one aircraft at the same time?

In addition to these factors, each option has their pros and cons. Their importance will need to explored.  These include areas such as:

Consider an exit strategy before you make a purchase.

The typical ownership period for a business aircraft is about five years. Over that period much can change with an organization,  travel needs and the aircraft markets.  It is important to look at an organization's strategy, what ownership flexibility is needed and any aircraft-specific issues to hedge risk during ownership.

Organizations need to consider what the strategy is for the period and how the aircraft can best match that strategy,  If business travel is expanding and growing, ensure the aircraft will support any new destinations.  If the anticipated travel demand is going to change, plan for that in the selection.  If flexibility is needed in the ownership to exit or change as the organization changes, it's important to have that flexibility built into the acquisition plan.

Aircraft-specific issues have elements of risk that should be understood prior to any acquisition. The markets are influenced by:

Makes and models – or even specific aircraft – should be evaluated for risk as well.  Warranties, discontinuation, major upgrades, technology obsolescence, maintenance history and projections are such examples.

The ownership experience will be maximized from beginning to end by examining and understanding these ownership concerns.

There is often confusion over which aircraft is the right size for an organization.

In the spirit of Goldilocks, the selection of an aircraft should not be too big or too small. It needs to be just right.  The problem is determining what is "just right."

Having the right aircraft to meet the mission is important. But having an aircraft meet 100 percent of all of the missions likely means purchasing the wrong size aircraft.

For example, let's say 97 percent of all  travel is domestic and only three percent is to Europe.  Buying an aircraft capable of supporting European travel will be too inefficient for 97 percent of your travel needs.

It is suggested that an organization acquires an aircraft that covers a majority of the day-to-day travel, and manage the exceptions through other means. That might be through charter or through airlines. It may also be through fractional shares.

There are many options to make sure there's a proper fit to total usage.

Shortcuts during a pre-buy inspection can lead to issues down the road.

Going to a doctor for a checkup is worthwhile. A third-party perspective has a lot of value to ensure good health is being well-managed. In this case, a person is trusting somebody else to work in his or her best interests and offer advice.

A similar approach should be used to inspect the health of an aircraft before acquiring it.  Have a third party conduct a thorough pre-buy inspection and point out the risks.

As a strategy, the seller will aim to minimize the pre-buy inspection scope and minimize their exposure.

The purchaser should aim to have an inspection that is representative of the age and condition of the aircraft. The adviser and inspection facility should guide the purchaser on common issues or areas worth inspecting.  In the end, the person buying the aircraft needs to have the ability to review the areas that have the greatest risk during ownership.

Don't be tempted to cut corners. Don't let timing sensitivities result in skipped steps during the inspection. Or, when dealing with a friend,, let the third-party adviser push for a thorough inspection and keep the relationship in tact.

Remember, a nice, clean interior may not represent the mechanical condition of the aircraft.

In the end, trust but verify!

There are many areas of potential conflicts of interest around aircraft transactions.

A team of advocates should always be working in the purchaser's best interest. To ensure that, it's important to know where potential conflicts of interests can occur so they can be avoided or better understood.

The broker relationship should be clearly defined to include the broker's source of income and who it represent in the transaction.

Avoid a broker who is working with the buyer and the seller at the same time. Additionally, brokers who list aircraft for sale may be biased in their view of the market. They have the incentive and motivation to steer buyers toward their listings versus examining all options in the market.

Fees and income should also be clearly defined. At times, referral fees can be offered by various parties. If referral fees are a part of the transaction, they should be fully disclosed and also considered as to whether they compromise the interest of the receiving party.

The selection of the inspection facility should also be considered carefully. If the aircraft has been maintained there, can the facility be trusted to inspect its own work or does the seller's broker have a strong relationship there?  Keeping the facility working in your best interests should not be clouded.

Deal structures are also important to evaluate closely. One such structure that has risk and conflicts of interests is called a "flip" or a "back-to-back."  In this structure, the middle man, commonly a broker, is buying the aircraft from one party and selling it immediately to another party.

The difference in price is the middle man's commission. Protections and provisions need to addressed if an aircraft is being acquired in such a transaction. For example, if a deposit is being applied to the purchase, ensure the deposit is not being used for the middle man's purchase, since you do not know the terms and conditions of that agreement.

Overall, the parties should carefully address and discuss all potential conflicts of interest and avoid them wherever possible.

There are many misconceptions over charter revenue.

Like a vacation property, aircraft can be offered through a charter company to make revenue while it is not in use.  There can be an opportunity to create some revenue  depending on the charter market where the purchaser is located.

The misnomer is that this process can significantly offset the ownership costs of an aircraft or even make it profitable. That's absolutely not the case.  After operating costs, the net benefit per hour can be a little as $200. This will depend on the aircraft, the market and the retail margins.

To qualify for charter, the aircraft will require specific equipment, training and materials. The investment in these requirements may have a negative ROI or take years to recover.

There can be an opportunity to make significant revenue in a charter arrangement. However, please note this is increasing the wear and tear of your aircraft. The excess use is also accelerating the maintenance of the aircraft as well as making it unavailable for things for which you’ve purchased it.