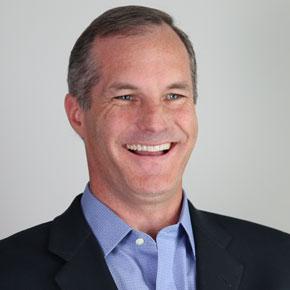 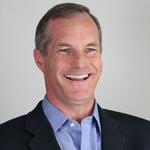 Cost transparency is gradually increasing as health-care consumers become more responsible for more of the costs of their healthcare. (See the Common Problem, "Health Care has historically had no cost transparency.") The growth of high-deductible health plans means people are on the hook for a lot more money out of their own pockets, and providers are increasingly hearing consumers say “I want to know how much this is going to cost.”

There are other forces and players aiding the process. Third-party businesses are flooding the market with promises of increasing cost transparency. They're saying they will collect the data either from the insurance company or from other sources, and then set up an online portal for the end user of healthcare. They say people will be able to type in the procedures or services that they need done, and the online site will provide the exact costs under their insurers' deal with its providers. Or it will say what the fair price is in the area for that procedure and whether a particular provider is above, below or at that price.

These companies offering cost-transparency products are still targeting very large employers that can afford to buy these services. So, for now, companies with less than a thousand employees, it’s still pretty rare to see something like this. But they are out there and they are gaining in popularity significantly.

Similarly, quality transparency is gradually increasing as health-care consumers become more responsible for  their healthcare. (See the Common Problem, "Health Care has historically had no quality transparency.") Consumers, driven by the list of provider choices in their plan, have no idea whether that place is where they should be going to for quality care.

There are a lot more nuances with quality data. Governments, however, recognize this as an issue, so they’re starting to mandate that data collection. (Medicare is a prime example.) There are also companies out there – Healthgrades is a popular one – that collect this data from the government or various other sources and allow consumers to access it online. Examples of this kind of quality data are things like the readmission rate for different types of procedures, of if a provider has passed certain quality assurance tests.

We're in the early stages of online ratings by the consumer, where they can say, “This is the doctor that I saw and this is the facility that I went to. This was my experience. It was great.” Or, “It was terrible. They couldn’t tell me the price or they screwed up my procedure.” Consumers can give grades or rate by a star system. Yelp, the website that started with restaurant reviews, now has a "Health & Medical" category. Angie's List, which started with home repair services, now has a "Health" category.

I encourage employers that are willing to embrace the consumerism idea to create their own social network, internal to their company, for employees to post these evaluations. Such as, “Hey, if you need this procedure done, I got an MRI at the freestanding clinic down the road from our office. It's a great place to go, and they’re much cheaper than everybody else." You can create an internal marketplace of consumerism for healthcare services.

Consumers are beginning to understand health care is a serious economic issue.

There has been a section of the population that has understood that health care is really expensive, but it’s been mostly people who lost their jobs and had to go on COBRA coverage and get sticker shock when they see the real premiums that their employers had been subsidizing. For the most part, though, many people are only now realizing the true costs of our system.

Much of the cost of healthcare has historically been blamed on "these greedy insurance companies that charge so much so they can make billions and billions of dollars." You do get some bad press around some of the CEOs of these insurance companies who made a billion dollars. But the average publicly traded insurance company, if you look at its financial statements, has a profit margin of 3 percent to 4 percent, much lower than almost every other industry you can name. They get the blame, though, because of the way our crazy system is structured.

What’s changing now is the government reform effort over the past year or two, which has really put a huge spotlight on the industry. Everybody in America is now acutely aware of how expensive this stuff really is. Also, transparency is shifting the landscape so that the general consumer understands that it’s not so much the insurance company charging too much money, but what the doctors and hospitals and drug companies are charging, and the year-over-year increases, that are driving the costs.

High-deductible plans are what's driving more consumers to research costs and quality to get better health care for less money. It wouldn't be nearly as successful without the tax-advantaged Health Savings Accounts (HSAs) that are often coupled with high-deductible plans.

The way I explain HSAs to people is that they're like 401(k)s  for health care expenses – although they work better than the 401(k), frankly. Consumers put money in tax free, any investment income they earn is also tax free, and then the money is tax-free when they take it out, as long as it's used for qualified expenses. It’s a really, really good deal just because of those significant tax advantages. And most HSAs allow the money to be invested in mutual funds, rather than a simple low-interest-bearing bank account.

At the same time, studies suggest consumers with a high-deductible plan and HSA are actually getting more preventative care. And the satisfaction level with these plans is a lot higher than with the traditional plans because people are taking care of their health care dollars. Human-resources professionals say they're getting more and more new hires or potential new hires saying, “Do you have an HSA option in your benefits package, because I have one now and I want to continue it.”

What I advise a lot of employers to do is look at it like car insurance: The higher your deductible, the lower the premium cost is – let's say a 20 percent to 25 percent reduction in premiums. What the employer should do is take some, most, or even all of that savings and essentially give it to employees by contributing it tax-free into their HSAs. You’re transferring the premium dollars that would have just been given to the insurance company over to your employees to manage.

If they are better consumers they can actually keep the premium dollars in their own pocket and roll over any unused money into later years. A Fidelity Investments study last year said a couple that retired in 2012 will have, on average, $240,000 of out-of-pocket expenses for healthcare during their retirement years. With HSAs, consumers can build up a significant amount of money over the course of their working years to help offset those big expenses in retirement.

Since my firm introduced a high-deductible/HSA combination for our employees, we've had zero increases in the premiums for that plan. Our traditional PPO and HMO plans have continued to see 12 percent, 15 percent, 18 percent increases each year. For employers, it can be a huge cost savings over a five-year period.

Tools/resources to purchase health care efficiently are coming to market.

If an employer recognizes the health care cost problem and how the combination of high-deductible plans and HSAs can address that, the next step is ensuring employees have the tools to use the plan well. That means using insurance companies that provide tools for the consumer that aid transparency, or augment the insurance companies' offerings with these third-party systems that help employees figure out where the lowest cost, highest quality facilities are.

Third-party businesses offer online tools that increase cost transparency by collecting data either from insurance companies or from other sources and then allowing consumers to sort through it. Governments are collecting data on providers' quality, and some private-sector companies offer tools to evaluate that. And we're in the early stages on consumer reviews of healthcare providers.

It’s not just online portals for research, however; a lot of companies or providers are offering live care or assistance, often via toll-free phone numbers that are staffed by clinicians’ or registered nurses or other experts. A consumer can call and say, “Hey, my doctor is telling me I need an MRI. What questions should I be asking the doctor? How can I research these costs? How can I find out where the facilities are around me that does it?” By assisting in the research, they will then help the consumer figure out how to be the best consumer and get the highest quality health care for the lowest costs.