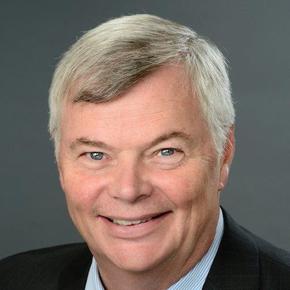 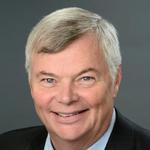 As the science that the pharmaceutical industry (pharma) relies upon to bring new products to market yields fewer breakthrough discoveries, companies are left dependent on launching minor variations of approved drugs and finding ways to sell them. A growing tide of patent expirations also is whittling away at the roster of powerhouse drugs that companies have relied upon for stunning revenue and profit numbers in recent years.

Until the next wave of science brings in new opportunities. The challenge now facing pharma is navigating a market in which generics have more power, cash cows are dwindling and the competition for access to the relatively scarce seeds of promising new discoveries could become more intense and costly.

Pharma, almost across the board, faces a growing challenge of how to position products in a market where actual differences between contestants are minor and narrowing. That’s rendering the established and successful industry playbook of promoting a product’s label – the straightforward science of how it works and why – increasingly irrelevant.

After decades of success in seizing new science to launch breakthrough products that ensured a steady stream of protected revenue, pharma is now having to figure out how to adapt to a market in which the science alone isn’t sufficient.

Essentially, differentiation was easy when patent-protected and unique drugs ruled the market. All it required was the ability to demonstrate to prescribers, via the label, the drug’s effectiveness, as demonstrated in trials. The approach was the essence of rationalism, common-sense and standard practice. Now, however, pharma is discovering that differentiation is no longer served up on a silver platter. It requires a deeper understanding of prescriber motivations and behaviors and the ability to craft products, label claims and a sales pitch around them.

Less able to distinguish their companies’ products from others in the marketplace, pharma sales personnel are finding it ever tougher to convert increasingly costly sales calls to bookable business. The ritual of calling on physicians and other prescribers/decision makers is growing more costly and inefficient as salespeople show up with one-size-fits-all canned presentations that attempt to dramatize minor aspects of a drug's performance and which increasingly fall on deaf ears.

In a marketplace where cheaper generics are gaining market share and fewer truly unique products exist, pharma sales practices largely have not evolved to meet  the new realities. Still convinced that the tried-and-true method of selling drugs  applies, far too many pharma sales directors stubbornly cling to increasingly outmoded practices.

The essence of that approach – the assumption that all prescribers are scientists and essentially alike and that sales messaging therefore should be purely rational, logical and universal – rests on faulty and stale logic. Today, sales pitches must be more carefully crafted and highly targeted, leading to an ability to differentiate messaging around attributes that distinguish a product and speak to the peculiarities of individual prescribers.

Pharma is finding it difficult to craft a generic-competition game plan.

As the blockbuster-drug era fades, pharma has been faced with the formidable challenge of how to effectively respond. Although its arrival was easy to spot, the shock of no longer being able to ride a single or drug or two has left many wobbly and unprepared for a very different future.

A typical response has been to effectively bury the collective head in the sand. Rather than acknowledging the new reality where products are losing the ability to differentiate and ultimately protection, it is left to generic marketers to pick up the baton and find ways to compete in that environment. Pharma seems intent on trying to "stay calm and carry on" as though nothing has changed.

The result is that pharma is squandering opportunities. Companies that once had products all to themselves still have a chance to wring revenue and profit out of off-patent drugs. The challenge, which many find formidable given the mindset, is to leverage still-powerful brand names to sell branded generics, targeting an ample population of users who still have an attachment to a brand name.

In a business predicated on the alluring prospect of finding drugs that people will need to take for years, evidence that users collectively aren’t sticking to the regimen is worrisome. Yet, much to pharma’s dismay and consternation, that’s exactly what research continues to reveal.

Compliance – users taking medications as prescribed – and persistence – users staying on their prescriptions – are both areas of mounting concern for the industry. For reasons ranging from costs and side effects to lack of follow-up or interaction problems, there’s no assurance that patients who are put on prescription drugs will take them as directed.

Aside from the obvious public health implications, a stubborn persistence/compliance gap is worrisome from the business perspective of the entire health complex – pharma perhaps most critically. Clearly, when usage of a product that has been developed on the presumption of chronic need doesn’t match expectations, the seeds for a sales drop are sown. Yet companies have been slow to both recognize and react to the problem with countermeasures, potentially jeopardizing an entire business model.