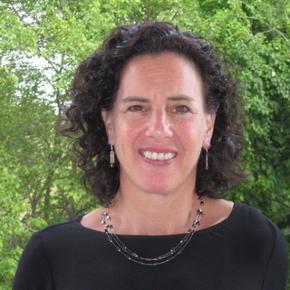 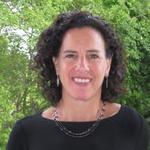 Integrating Sustainability into the Structure of Corporations, Municipalities and Organizations

Companies are increasingly able to automate and optimize building controls and the equipment used in product creation and manufacturing.

At a school where the teachers come in at 7 a.m., when do you start the boiler to heat up that building? If it was zero degrees all night long, it might require starting the boiler 90 minutes before 7 a.m. But if it was 40 degrees most of the night? Maybe the furnace only has to kick on 45 minutes before the teachers arrive. Whatever machines you're using in your facilities, there are software programs that will rate and optimize how those machines are being used.

Integrated design is being used more and more for renovating and constructing buildings.
Integrated design incorporates sustainable practices and controls from the outset of a project to increase functionality in controls, lower energy consumption, increase opportunities for renewable energy installation, lower options of inefficient functioning of buildings and improve accessibility to managing building controls.

Integrated design means the creation and operation of the building come together in the beginning of the design process. Team members utilizing integrated design function differently than traditional designers in two ways:
The reason these concepts are important is so that you don't end up with this: One designer/architect creates a design and sends it to the next consultant in the chain. That consultant has to shimmy its components into the architect's design. This continues along the chain of consultants, reducing each team member's opportunity to think creatively and cooperatively.

In integrated design, all the team members work together to understand that each design move affects other trades. If the structural engineer designs beams that are 12 inches deep in one room, then maybe the mechanical engineer has to reroute the heating ducts in that room. This could potentially slow down the air flow in the heating ducts.  Do we as a team and an owner want to have that effect? What are the equipment, financial and operational ramifications of the structural engineer working in a vacuum?  Is that a tradeoff the team can or wants to accept?

The person who understands how the building operates – the facilities manager – is part of integrated design.

Organizations are using IT to efficiently manage facilities.

Because of sophisticated information technology, the people who are operating buildings are able to look at a building and their software to see if there's a problem before it affects the people inside the space. They can troubleshoot and come up with a dollar value if they don't fix that problem today; they can calculate that it will cost X amount of dollars in energy consumption on an annualized basis. They're using the information to help them be more sustainable by not wasting energy, maintaining occupant comfort and saving money at the same time.

They're able to deploy their personnel in a more intelligent way because they can take their tablet with them to the building, and they know exactly where to look for the problem that's showing up from the energy management software. And before they leave the building they can look at the energy management software and see if there are any other problems in this building.

IT is creating a window into seeing how a building is operating and being able to see in real time what the issues are, how you should prioritize where you're going to spend your time to fix the problems, and being able to deploy your personnel resources intelligently.

There's a growing use of sustainability metric reporting.

At first, this trend was that organizations decided they would start reporting on how much money and resources they were saving through sustainability efforts. And everybody started reporting in whatever manner they were comfortable reporting. It didn't take long for all of us to realize that no one understood what anyone was talking about because there were no standard metrics. Each organization was reporting the way it understood its own metrics, but that didn't necessarily translate to other people. Even companies in the same type of business were not reporting in the same way.

Now there are a few basic outlines of how companies are reporting their sustainability metrics.  Anybody who is reporting is now reporting in a way similar to one of those outlines.

Companies are asking: "What do I need to report and what's the value of this report?" You could just say you used less water this year and be happy with your progress. But how much money did you save?  How much money are you paying for water? And how much money are you paying to discharge the water? You don't just discharge water for free. It's got to go into a drain and you're charged for how much that water has to be cleaned before it is released. Organizations are getting more sophisticated in realizing and showing the deeper level of returns on the sustainability changes they're making.

If you're just starting out now, you have a few different paradigms to choose from in regards to sustainability reporting. But you're also going to have to step it up much more quickly than the companies that have been doing this for 10 years. The trend is to not only do the reporting, but also the deeper level of analysis in the reporting.

Corporate boards and organizational leaders are becoming more committed to integrating sustainability into their operations.
It seems like every time I go on LinkedIn, there are a half-dozen chief sustainability officer jobs they're connecting me to. There is definitely a heightened realization that organizations need someone to focus on sustainability. If you want to integrate that thinking into the company or the organization, the first baby step is to say, "Wow, we need sustainability here. Let's get a person to do it."

Some of these companies are doing it for marketing because they don't want to be on the wrong side of public opinion. I am sure most big box retailers don't care about formaldehyde in plywood or about Forest Stewardship Council (FSC)-certified wood. But their customers care. So in certain markets, big box retailers won't sell wood that is not FSC-rated. Or they'll have a separate area where you can buy FSC-rated wood.

More customers and CEOs are feeling the importance of sustainable practices for whatever reason – for money, for morality, for marketing and branding.

I took a course at the Harvard School of Public Health that was the first executive leadership course in sustainability Harvard has ever given. The university has executive leadership courses every year, but this is the first time they produced one focusing on sustainability. They limited it to 40 people and they actually had to go to 50 because people were begging them to attend. And they turned away two people for every one that they accepted. These were department heads and C-suite executives.

Some of it is real, true commitment; some of it is that regulations are changing; some of it is responding to public opinion. But more organizational leaders are thinking that they need to incorporate sustainability. Their personal/business reason is not what is critical to me. When I work with a company or a municipality, I don't have a moral conversation. I don't need to convince them to do it for my reasons. I want to help them be conscious of sustainable choices for their own reasons.

There are a growing number of sustainability solutions that can provide a decent ROI in a shorter period of time – much more so than just five years ago.

There's money and commitment and interest in new technology. And it's evolving so quickly that every six months there's something that will save you money and lower your costs or reduce your use of resources.

In the early stages of my current employment, we were looking at anti-idling devices. The director of the department was interested in lowering the amount of times trucks were idling. I found there was one department of public works in the state of Massachusetts and some police departments that said they had anti-idling devices on their vehicles.

Now, I can buy a ring three or four inches in diameter that installs on the outside of the gas cap where you put the nozzle in to fill up the gas. It will send data on everything a director needs to know about the car. The device will turn off the car after five minutes of idling. The device will note how much gas was used, what time the gas was pumped and where.  The device sends alerts for engine maintenance and repairs. The route of the car is noted as well.  There is constant innovation in technology related to reducing the use of resources.

Integrating Sustainability into the Structure of Corporations, Municipalities and Organizations