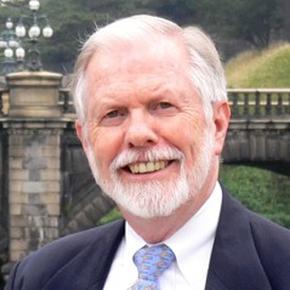 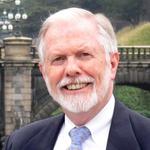 Companies must deal with significant language and cultural barriers.

While all Japanese study English in school starting in Grade 6, relatively few learn it well enough to have a serious business discussion in English. Many also lack confidence in their conversational ability. They can understand but they really can’t engage. They can read very well, which means documents aren’t a problem. It's the business discussions that can be difficult to conduct.

Businesses coming into Japan from the U.S. and other countries should hire their own interpreter for meetings and deal negotiations if possible, or hire someone on their team who is bilingual. Once the deal is done, if a joint venture is established, a Japanese manager with good English skills (ideally paired with an expat with good Japanese language skills and experience with Japanese business practices and culture) will be important to keep the venture on track. It will also ensure good communication between the parent company partners.

The Japanese business culture is different from many others. The social element of the business relationship is more intense than you normally find in the U.S. or other Western cultures. It typically involves late nights out drinking and weekday as well as weekend business golfing dates. Foreign executives can find the frequency and intensity of these social obligations burdensome. But they are an important part of the way that Japanese businessmen build the personal and group relationships and trust that underpin the business culture and create the bonds of partnerships.

These practices, and attitudes in general toward the role of women in the workplace, can also present particular problems for foreign women executives in Japan, where women rarely hold executive positions. That very fact can present opportunities for foreign firms to recruit excellent, well-educated staff because Japanese women see them as offering a more supportive and rewarding working environment and greater opportunities for advancement.

Don't expect an agreement to happen quickly. Not only is the process more methodical than in many cultures, but the flat business culture means more people have to sign off on decisions. That takes time. Patience is part of the process.

Regulatory hurdles can be more demanding than companies are accustomed to in other developed societies.

Japan’s regulatory regime, while similar in form to those in other developed societies, in practice is often more demanding and time-consuming, particularly when it comes to areas touching on health and safety. Japanese government officials in general, and especially those in regulatory bodies, operate in a cultural context in which they expect and receive a degree of deference not found in many Western countries – a company seeking a product approval can feel more like a supplicant than an applicant.

The process can be frustrating for foreign companies that have products that have been tested and approved on citizens in their home countries but who will be required to go through the same tests all over again to prove their products are safe for Japanese citizens. The right approach is to have an adviser or a Japanese partner who understands and has experience working within the Japanese regulatory system.

Companies and their products have to counter Japan's "not-invented-here" syndrome.

Companies need to demonstrate both the quality and the innovativeness of the product or service that they're bringing to Japan. The Japanese are proud of their very high standards for quality and the excellence of their goods and services. To gain a foot in the door, outsiders need to demonstrate the special competitive advantage that their product or service has that can’t be found or matched by a Japanese offering. It’s a tough market to enter, but once you’re there and you find a good strategic partner, Japan can provide a very strong basis for market success.

Managing partner relationships and expectations requires an understanding of the Japanese partner's view and experience.

When you enter a partnership you need to establish clear expectations for each partner’s role at each step along the way. People coming into Japan from outside will have certain expectations based on having sold the product in other markets. The Japanese partner will have a different view and experience. Bringing both views together is critically important at the outset.

Questions to ask include:

Remember that at the beginning, at least, everything happens at a slower pace in Japan. There may also be misunderstandings as a result of the language and cultural differences. One thing you can usually expect in Japan is that you’re going to have a trustworthy partner. While it can be slow and difficult to get a contract signed with the Japanese partner, once it’s official you can rest assured that they will live up to it. It’s important, though, at the start, to get the details in the contract right because the Japanese partner will expect you, and they, to be bound by what’s written into it. The letter of the contract, not the spirit, will govern any differences that may arise.

Working out which partner has what role on the board and in senior management will be crucial to the smooth operation and success of the partnership. You’ll want a solid share of equity and control. But you also want the Japanese partner to have enough equity and role in governance and management to give them a strong incentive to make the venture succeed.

Over time, you or they may seek to change the balance of ownership and control. For a variety of reasons you may eventually decide you want to take control and make the venture wholly-owned. A good, fair and mutually satisfactory relationship with the Japanese partner at the beginning will make the process of buying the partner out at a later date much more likely to be an amicable one, with less risk of damage to your business reputation or brand equity in Japan. And it will have a similarly positive effect should you decide to sell your stake in the venture and exit the market.

If you’re a small player doing a joint venture with a division of a larger Japanese company, anything more than a 50/50 deal is very unlikely. Here, having an expat as your senior representative in the JV is highly recommended. And in the course of the negotiation, the smaller foreign firm needs to be cognizant of the sensitivities and expectations of the larger Japanese counterpart. In particular, it will be expected to have its CEO, not a more junior executive or staff person, come to Japan to represent it in key talks. Status and face are critical elements of business dealings in Japan as they are in China and elsewhere, even in the West.

Once you land your agreement with the Japanese partner, it's time to make sure your own employees understand the cultural and market differences. That includes everyone from the board and C-suite to those on the front lines. When it comes to staff in Japan, it's better to leave most management roles to the Japanese partner. That not only sets the expectation but helps to smooth out any language or cultural differences that may be an issue. The Japanese managers will also know the market better and will be able to help tailor the product or service to the market.

At the same time, having an expat as the head or number two of the joint venture, one who has the confidence of and access to senior management back in the home office, is strongly recommended especially during the first couple of years. And during that period it’s important to have the senior Japanese managers learn about and, to the extent possible, become part of the home company corporate network and culture.

Bring senior Japanese managers (and, as required, technical specialists) to your home office to learn the ropes and establish personal relationships to ensure smooth communications and perhaps eventually assume the top post in the Japanese venture.