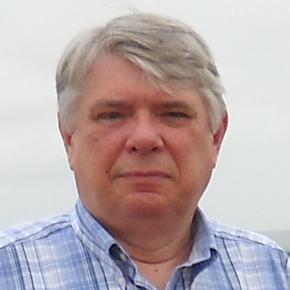 Timely, accurate crop production and price figures are hard to come by.
Firstly, anyone in production agriculture, the food or feed business or the many related sectors needs to know what the size of the soybean and corn crops are likely to be. The size drives government programs, raw material procurement and many other elements of doing business and the economy. Then, the next concern is how the crop size is going to influence prices.

The problem is that nature is widely variable on how it can affect crop planting, crop yields and crop quality. Additionally, crops all around the world, and particularly in South America for soybeans, affect prices. And government programs, the general economy and broad trends in agriculture can also push prices up or down. It is complex and difficult to find the information you need. No one has a crystal ball, but access to early information, even if it is only directional, can give a business a leg up on its competition. Often the best that can be done is to identify whether the trend is upward or downward for supply.

Pricing and production of corn and soybeans in North and South American are intertwined in a complex web.
When prices rise on corn or soybeans in North America, they also are rising in South America and much, if not all, of the world. At the same time, the influence of seasonal timing, government programs, monetary values, trade agreements and other worldwide or international influences can create significant pressures that may drive prices and production in difficult-to-predict directions. A change in government programs may, for instance, encourage more production than prices alone. Trading deals can alter the market. Assessments also need to consider that South America is contra-seasonal to North America and areas in more tropical regions may have much longer, or even the equivalent of two, growing seasons a year.

The markets are driven significantly by government reports on production and production outlooks.
It's a reality that, in much of the world, everyone needs to know what the U.S. Department of Agriculture is going to report in its regular corn and soybean production outlook reports. The information there – and in Brazil's corollary reports by CONAB — are the most significant market drivers at play. CONAB is Brazil's National Supply Co., which, in Portuguese is Companhia Nacional de Abastecimento. Likewise, credible assessments of USDA or CONAB reports are valuable tools for players in the market. As a side note, the typical production reports generated by the government in Argentina are generally considered unreliable.

Information about the speed of soybean and corn marketing isn't always available.

One thing traders and buyers always need to know is how fast the crops are being marketed. Are the farmers holding their crops, or are they actively selling? In times with very low prices, of course, they’re going to hold it in the hope that prices improve in the future. How much of the crop that is being moved into the market right now, however, is something that is not as readily available in South American as in the United States.

A few decades ago, it was nearly impossible to get marketing information from Brazil. No one knew what was being produced or marketed. Today, there still are very few sources for such information. Very few U.S. firms have the experience, expertise or language skills, and boots-on-the-ground, to provide the needed intelligence.

New technologies – like hybrid seed or precision agriculture – that carry the promise of increasing yields and production can alter the supply end of the marketing equation. The ripples can run right up through the agribusiness sector to have an impact on stock prices for companies with effective, hot new technologies. This can be of particular interest to equities trading companies.

Likewise, such technologies as genetically modified organisms – that is, genetically engineered animals or plants — can complicate marketing. Major markets like Europe and China oppose GMO grains, for instance. That requires a complete separation of the GMO and traditional marketing channels. Any presence, however small, of genetically altered food in a shipment can cancel the entire sale. In general, the Brazilian government has been more cautious than U.S. government about releasing crop varieties that are not yet approved by major consumers.