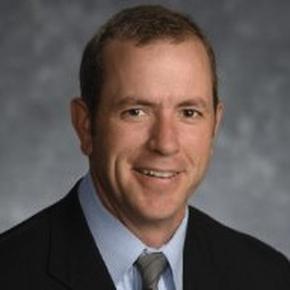 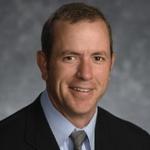 Chief financial officers with capital expenditure needs of $2 million to $3 million need to find a fit with a suitable funding partner. Some will work with small-ticket lessors until it runs dry because that rate seems to be a little lower. They don’t mind going through the process, and the pain, of dealing with eight, nine or even 10 to 12 different master leases and lessors.

A lot of such work is done by brokers who are dialing for dollars. They will charge a fee to try to be a matchmaker, which can result in many different leases.

A good example is the CFO of a certain cloud company. He came on board recently as a consultant. He really hasn’t ever worked with a start-up technology company, but he’s good with numbers. He’s at a market disadvantage right away because he doesn’t know who to talk to.

In such a situation, he may spend weeks talking to a broker who really can’t get anything done for him. The broker ends up saying: “I spent all this time to try to find you funding, but your financials are so bad I couldn’t find it. I used up all the fee to try to do that.” That CFO has dedicated two weeks of his life on this so far. It illustrates that there is a lot of value in working directly with a leasing company that can perform.

For some CFOs, who wear so many hats, time is more valuable, and they are willing to work with one funding partner because they know the partner will cover all of their purchases for an entire year. They’ve got a certain spend from their IT guys, they put a line of credit in place that they are comfortable with, and they let the process take care of itself while they focus on other issues for the company.

Venture capital firms and other funding sources are getting more selective and more firms are bootstrapping their startups and expansions.

There are more and more technology start-ups and emerging companies today than there ever have been before. But the funding isn’t available to these companies in the way it once was. Venture capitalists, as an example, are being a lot more selective in the transactions they fund. Often,they don’t want to make smaller investments. They don’t want to invest in early stage companies as they did in the past. They want to put larger dollars to work.

A lot of companies seeking equipment funding would rather not raise equity. They do not want to give up their ownership. They would rather figure out how to bootstrap it and build it themselves. If they have raised equity, they don’t want to raise any more. Consequently, we see more activity from angel investors or friends and family for some of these smaller accounts.

Typically, the startups may have a poor balance sheet, or they’re a cash poor company. Traditional banks may give them a credit line secured on accounts receivable. But if they company doesn’t have any A/R they don’t have any availability. Or a bank may give them a line secured by all assets, but, then, that line is only good for, say, $500,000 and they would prefer to use that money for more sales and marketing purposes.

Company growth creates decision points on whether to bring hosted IT servers in-house.

A lot of times, when a business starts out, it will use cloudl-based hosting for their servers, or their hardware. Later, they look at their bill and see they are paying $150,000 a month, or some other large number. Soon, they start analyzing that and they say: “We might be at the point at which it would pay to build a couple of racks and really reduce that cost.” At a certain size and scale in your network it makes sense to do that.

One well-known company that had outsourced all its infrastructure, decided about two years ago that it made sense to build their own environment. In doing so, they wanted to find a leasing partner who would finance equipment. They wanted to extend the runway of their equity and they saved – though the amount was not released – thousands on thousands of dollars by building it themselves versus hosting it outside.

Once service companies get to a certain scale it makes sense for them, through scale and size economies, to hire staff and build their digital infrastructure internally. That requires financing for the purchases, and that often is through leasing.

Some CFOs, while very good with numbers, don't have a technical background in the IT space.

IT equipment leasing is a technical field with a rapidly changing knowledge base. Chief financial officers aren't always IT people. So, of course, in some cases, CFOs really don’t know what to do.

Either they find a player, or they use equity. Sometimes, when they use equity, six months later they realize: “I should have financed it.” Then, they try to find a person to do a sale lease-back, and those are difficult because you’ve got title issues. For these CFOs, working with a knowledgeable funding partner, who understands the space, and can provide advice as well as funding, can be a good solution.

Companies fail to perceive their lessor as a financial partner and not just a vendor.

Companies sometimes view their financing as a just money vendor. But a leasing partner can play a much more important role in the client's business, especially over the course of a long-term relationship in which both sides of the equation come to a meeting of the minds over what needs to happen.

For instance, when a company that is a true partner has a problem it can communicate that problem and the lessor has an opportunity to work with the client to possibly restructure the lease. All manner of creative restructures can be devised to help customers through a difficult period. The last thing a partner lessor wants is taking work back early.

Among other services, the right lessor will provide price checking and let the client know if they are paying too much versus other clients. Account service and support can be a strong value add to the relationships.

As an example, a lessor with 50 clients in the Web hosting industry, will see many common problems and circumstances. If one client is preparing to pay significantly more for a server than someone else, that client could be advised to reduce acquisition costs. At the same time, the lessor doesn't have to finance a piece of equipment for more than it may be worth. It’s all about minimizing risk, and the lower the price the more it drives down risk for the clients and the lessor.