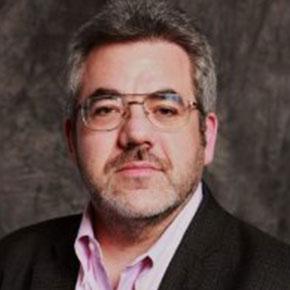 Managing and Executing Solutions-Based Sales Campaigns
Where is your Data? CIO as Cloud Integration Officer 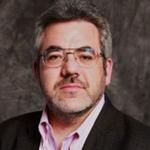 Organizational management was sold videoconferencing / UC technology expecting their employees would use it and cut down on travel expenses - but that hasn't happened.

After a period of time, many organizations discover the conferencing equipment or technology they purchased isn't working for them. People aren’t using it and, therefore, they aren't receiving a return on their investment. The systems are either too hard to use, too unreliable or don't meet actual user needs.

Typically this is due to a ready-fire-aim situation, where people buy the technology on the sales pitch of the manufacturer without talking to their employees about actual needs and/or researching the market. There are a lot of companies making the technology and not all of it’s good. In fact, the definition of "good" changes from company to company.

If there's only a need to collaborate with 10 other people inside the organization, almost any system will work. But, if one wants to call customers and clients, wants it to work with a specific computer or wants to be able to use a mobile device, there is a need to see the big picture before making the decision.

Organizations are confused over which video, UC and/or AV technology to buy.

There’s no one right answer – every organization is different. The key is to match the use case to the need.

Organizations tend to have their "religions" among their technology people. Companies like Microsoft, Cisco, Avaya or any one of the other players that are out there become de facto religious beliefs among their staff.  This results in a stigma where you end up with so-called "Microsoft camps" or "Cisco camps” (just two examples) where it is impossible to reach an agreement on which technologies to use.  Any one of these manufacturers can provide a product suite that typically works in a stand-alone fashion. But, once you start mixing the vendors, achieving a successful outcome is very difficult.

Minimizing the number of manufacturers and vendors in the mix does help make things work together. But picking the right tools in the first place – ones that actually meet the need and are part of a growth plan – is always a better course.

A bad marriage exists between the audio/visual and IT worlds.  AV systems are often expensive, unreliable and hard to use.  IT communication systems often don't meet the real needs.

AV equipment, AV systems and AV people were absorbed by IT at most organizations in a "convergence" that happened many years ago. But it has been a very bad marriage.

This person may be called a principal consultant, or a technical consultant, or a roadmap designer, but he or she is really a referee. This is a person who knows when it really is necessary to have a custom room that's different than every other room, or if all that is needed is a product that’s off the shelf. He or she can help craft a blend that fits the needs and optimizes the ROI.  Don't confuse this person with an AV consultant – one that wants to design each room for you each time and charge you each time.  AV consulting firms are going the way of the dodo.

AV, video and UC technologies are underutilized and not producing the expected ROI.  Organizations do not have a plan for adoption in place which analyzes metrics and drives growth.

Sadly, in about 90 percent of cases, organizations are either already committed to an equipment selection –  and then they want help with adoption – or they don’t buy into the fact that they need to employ any kind of adoption program.  In those cases it seemingly didn't matter what the recent statistics or current publications say about consumption modeling. Regrettably, this blind-spot is more prevalent when one is speaking with the technology team.

However, line of business leaders are more apt to realize that any technology tools have to match their team's unique needs and be part of a technology roadmap developed specifically for them.  Organizations that have put together an adoption plan and selected their equipment afterword usually have a significantly more positive experience. The trick is getting people to understand that.

As a rule of thumb, organizations need to devote the same amount of effort into an adoption plan that they would when planning the deployment of technology.  Technology managers need to learn that they’re not going to get the return on investment that they could have if the adoption work isn't done.

Organizations are having difficulty rolling-out technology because they have not established a use policy.

When implementing new technology there always needs to be comprehensive policy review – covering both the new parts and the policies that existed beforehand. For example, if one collaboration option costs $200 per person and another costs $500,000 a room what’s the policy around who is allowed to access what? Some other examples include:

Many organizations fail  to understand how - and how much - AV, videoconferencing and UC systems will be used.

Let’s say you’ve invested $2 million in a whole bunch of tools you’re going to deploy. After 90 days you’ve got a 25 percent utilization rate. Is that good?

No one knows, unless they've gone into this project understanding what their goals are and have predetermined actions such as: “After 90 days we expect we’re going to be at X. If we’re at X plus something we need to gear up and buy more, and that will be the automatic action. If we’re at X minus something, then we need to kick in our pre-planned activities to increase awareness and slow down the purchases.” The concept of going into a rollout project with an adoption plan also means these benchmarks need to be put into place.

Specifically, with videoconference systems there's also the misconception that if you buy these systems nobody’s going to fly on a plane anymore. This is garbage – people are going to fly on planes.

People are going to fly when they need to fly. Nothing can replace an in-person meeting when it is truly the right thing to do – such as an initial client meeting or a plant inspection.  The real travel savings is in how many people aren’t spending three hours a day commuting because they can work remotely, as opposed to preventing that one-off trip to London. There is tremendous ROI and many other benefits around how people have changed their lifestyles and increased their productivity by using videoconferencing and other UC tools daily.

Technology managers tend to buy things for their "typical user" when there is really no such thing.

In trying to define this typical user, one would need to consider many questions:

The answer is organizations don’t have one typical user, they have different classes of users:  Executives, engineers, HR people, team leaders, salespeople, etc.  Trying to buy just one product or tool to meet the varying needs of each group never works.

It doesn’t matter which manufacturer's product we're talking about. It’s just as wrong to buy just that one and say, “That’s going to work in my company,” as it is saying, “I’m going to give every one of my mechanics a screwdriver, and they’re going to go out and fix everything with that screwdriver.”