What we're thinking about

⬅︎ Back to Blog

Sequel Products:  When Are They a Good Idea?

In most cases, sequel products generate lower revenue than their original versions. Line extensions in new scents or flavors are rarely as successful as the flagship product.  Their sales are not meant to be as robust, as they are line extensions.  This is no less true of movies, where films with ‘two’ or ‘reloaded’ in the title expect to only attract a subset of the original’s audience. With each subsequent sequel, revenues continue to fall.

Of course, there are exceptions to this rule. Video games are an example with which I have extensive experience from my time at EA. The occasional success of sequel products in this arena is in part because the original games helped build the market to its current size. Initially, video gaming was a smaller business, but as console gaming advanced and early fans became advocates, the audience and revenues grew, as did the audience’s age!

Given the stark view of sequel revenue potential, companies may wonder why to invest beyond the original product. Good question. There are three scenarios in which sequels are a wise investment:

1. If a line extension is a meaningful complement, rather than a substitute: For example, after The Sims® game was released, its popularity fed the desire for additional game play. Thus, The Sims Pet® edition, for example, was a profitable line extension, as it provided new accessories to enhance play among enthusiasts of the original The Sims® game. 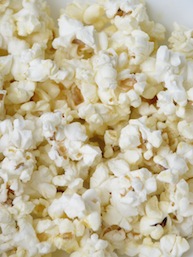 2. If a line extension is a product improvement: This often occurs when technology advances after the release of the original product. To prevent being eclipsed by late entrants who can leverage the newer technology, a company can offer their own advanced version. Though the new product may replace the original on consumers’ lists, it also prevents the loss of overall share – and boosts reputation, by demonstrating innovation as a company value. (Don’t undervalue this attribute!). One example was the emergence of microwave ovens and the release of Orville Redenbacher’s Microwave Popcorn®. That could be an example where the new extension actually drove the technology; if you don’t believe me, check your microwave and see if there is a “Popcorn” setting!

3. If a line extension serves a new market: This occurs when factors like timing make the original product less appealing to the original audience. For example, in sports games, simulating play with the team roster from the year before is less fun: fervent players want the team to represent the one they see on the field. Rather than allowing the old game version to disappear, a company can re-package it for a more price-sensitive audience – and retailer. This was the case with EA’s complete line-up of video games: this robust content was repurposed for a new price-sensitive market.

When considering a line extension of an existing product, companies should evaluate whether it fits one of these scenarios. In so doing, they can ensure that the new product does not cannibalize their sales, but rather extends the life cycle of the original product.