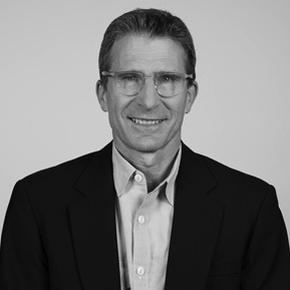 There are as many definitions of the word "brand" as there are brands themselves. I believe that the best brands unequivocally answer - through their composite language, look and user experience - three essential questions:

A brand name is the nomenclature used to identify and express a brand's essence - and to differentiate it from competitors.  Today, almost all brands are identified using at least one proprietary name which is trademarked, thus owned and protected from use by similar products or services.

Some products and services are named using a proprietary "master" brand name modified by a non-proprietary descriptor (Kraft Macaroni & Cheese).

A name's meaning is, in effect, what its target audience understands or infers about it.  Ideally, this meaning is consonant with the essence of the brand that the name represents.  At Idiom, meaning is thought of as a name's content.

There are two kinds of name meaning:

Name style is the way in which a name uses language to convey meaning.  Real-word names communicate efficiently in the language used to create them, but not necessarily in other languages (in which they may not be understood by speakers of that language and/or be difficult to pronounce).  Real-word names are also increasingly difficult to trademark, as the most common such words have been used to identify many products over the years.

Compound names are formed by joining two words without modifying either of them.  This style of name can be effective if the combination of words is unique and, especially, if it creates synergistic, transformative meaning beyond the meanings of the words used to compose the name.  Compound names are usually easier to register and protect as trademarks.  Names of this style include KickFire, SmashCast, EyeTalk, SureSwab, LifeGift, SkinSpirit, AirTouch, QuantumShift and more.

(Interestingly, many clients find compound names to be their least favorite name style, as they sometimes describe such names as "contrived."  In fact, compound words are very common in the English language – so common that we don't even think of them as such.  Nobody, for example, would say that "lifetime," "butterfly," "football," "earthquake," "fireworks" or "passport" are in any way contrived or unnatural.)

Coined names communicate similarly to compound names, but their words and/or word-parts have been modified to create the more integrated look and sound of a single word.  Although many my clients once thought coined names to be even more contrived than compound ones, this belief has largely vanished as coined words, the most easy names to trademark, have become standard in many industries and product categories.  Once perceived as being the ham-handed constructions of a tasteless computer, coined names can be very natural, elegant or fun as demonstrated by creations such as Dreamery, Ecopia, Buzzillions, Sqlurp!, Imaginova, Vidazzle, Wherify, Theravance and Nevo.

Suggestive names communicate in a less literal, more figurative way.  Their words or word-parts relate to brand essence, but less obviously.  Though not as communications-efficient as descriptive names, suggestive name types are more likely to evoke feelings.  Fanciful names convey metaphorical meaning by using symbols literally unrelated to the product being named.  Microsoft and Verizon qualify as suggestive names, while Amazon and Apple are fanciful.  Monster, a competitor to CareerBuilder, demonstrates the difference between descriptive and fanciful names.

Abstract names have little or no meaning.  They are effectively used only in situations were lack of meaning is important, such as when identifying an extraordinarily diverse holding company and/or needing very strong trademark protection all around the world.  In most of these cases, a name suggesting a personality characteristic common to all parts of a company is a better, more appealing option.  Exxon is an abstract company name.

A proprietary name is the property of and owned by the company or person who has registered its trademark or service mark.  Names can be registered only if they are distinctive (that is, not composed only of generic, entirely descriptive language).  As such, virtually all proprietary brand names are in some way more connotative than denotative, figuratively suggestive than literally descriptive.

A non-proprietary name uses generic language commonly used to describe all products of a similar kind - laundry detergent, toothpaste, in-line skates, etc.  All brand names are accompanied by a non-proprietary descriptor, which usually describes what the product or service is and does.