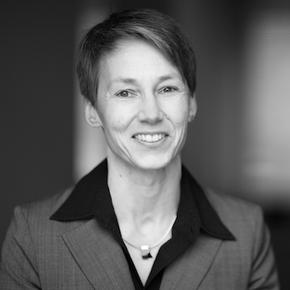 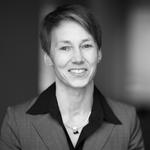 After investing years into developing a product with commercial potential, it’s understandable that companies come to believe they have a very special asset. It’s been their “baby” since conception, and huge amounts of time and money have typically been invested to nurture it to the point where its value is considered indisputable.

The reality, however, is that developers are at great risk of overshooting when it comes to gauging how a product will be received by potential partners. When it enters a marketplace full of products vying for the attention of many discriminating and disciplined companies, an asset can quickly lose some of its shimmer.

What happens all too often is that companies looking to find a new home for their “labor of love” fail to equip it for the rough-and-tumble world it’s about to enter. By not clearly positioning the asset, failing to adequately assess and understand the true competitive environment and not grasping real-world problems and needs it will be evaluated against, companies set themselves up for disappointment and possible failure.

Scientific refinement continues to the point of diminishing returns.

True to form, scientists can’t ask enough questions and are hard-wired to keep digging and exploring. That’s certainly the case in the highly competitive world of drug development, where up to a point that process of continual investigation produces clear advantages.

But it can be carried to the extreme, and is, often to a venture’s detriment, in far too many situations. Problems arise when developers use further investigation and the quest for more answers as a reason to put off dealing with the business side of the equation. Whether it stems from thinking that more science will better position the asset; fear of wading too prematurely into licensing and product development negotiations; discomfort with the entire business aspect; or a basic uncertainty of the asset’s value – fear of pulling the trigger on a partnering opportunity or commitment can erode confidence, prolong uncertainty and lead to missed opportunities.

The partnering-up process sputters from a lack of focus.

The search for would-be business partners can be as exhausting and time-consuming as the process of discovering and fine-tuning a potential therapeutic or diagnostic. Lack of desire or legitimate effort isn’t usually the problem; developers typically cultivate a vast network of contacts, fed by attendance at and participation in conferences and symposiums.

But it’s about more than sheer numbers. Companies looking for potential licensing or co-development partners too often take a shotgun approach, confident that, in due course, something will develop if enough contacts are made. Supremely confident of their property’s value, they make presentations, talk it up to whomever will listen and then wait for the phone to ring. All that’s left is the luxury of choosing from among a host of suitors.

In practice, it rarely works that way. A more common scenario is dashed hopes and surprise that partners aren’t beating a path to the door.

Rather than investing the time needed to identify and tap into networks populated by the most likely prospects, knowledgeable and well-connected experts and key decision makers, ventures commonly rely too heavily on shortcuts and the confidence that would-be partners will quickly share their excitement. In essence, developers don’t take the methodical, studied approach required to meet the formidable challenge of locating the ideal partner.

Intellectual property owners understandably erect a wall of sorts around their asset, careful guarding the details of its key design components and processes and mechanisms of action. Over time, as it advances further along the road to potential viability, that protective instinct can only grow stronger.

But overzealousness in guarding details that potential partners need in order to properly evaluate an asset’s potential can be counterproductive. Yet that’s a shortsighted mistake that far too many ventures make, even as they aggressively pursue potentially lucrative deals, often through a network of intermediaries who must be able to accurately portray and communicate the property’s potential value.

At some point in the process of shopping its asset, a company must be able to show what it is selling. A reluctance to do that in a carefully constructed way that protects key IP elements can doom potential deals and harden a mindset that places more value on totally eliminating a manageable risk than advancing the asset further down the investigative road.

In speculating on the potential value of their asset to a licensing partner, developers often see with their hearts and not their minds. They’re inclined to latch on to the biggest numbers they see connected to assets and potential partners and deals with attributes similar to theirs, and use them as a benchmark for evaluating deals.

Those numbers often can’t be taken at face value. It’s common, for instance, for numbers that end up in circulation to reference aggregated value that would accrue over an extended period. On their own, they don’t serve as a reliable guide to what a licensing deal may be worth. And they can be misleadingly low, as well as high.

I advise my clients to make sure they’re comparing apples to apples when trying to extrapolate from published numbers, which is a rarity. They should tread very carefully in using such numbers to set an acceptable minimum, communicated or not to a potential partner. The asset valuation exercise must be much more comprehensive.