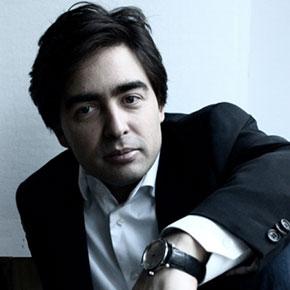 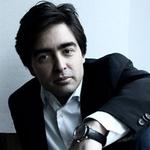 Russians are spending billions of dollars on cross-border sales.

Russian e-commerce companies were once very comfortable with cross-border sales, because there was not much attention being paid to purchases made by Russians on Amazon and on fashion sites in Europe or even on Chinese sites. But that has started to change.

It was once estimated that Russians purchased about 5 percent of e-commerce retail value from foreign sources and the rest was local. But now, Russians are buying about $3 billion worth of products a year from American, Chinese and other foreign companies through the Internet, and the amount will only continue to grow.

The e-commerce market in Eastern Europe is huge and only beginning to be tapped.

There are about 68 million people online in Russia, probably about 18 million online in the Ukraine and  4 million in Kazakhstan. The e-commerce market in Russia is growing by about 35 percent. Kazakhstan is growing by 100 percent, but obviously on smaller volumes.

Reports indicate that Asos, a large fashion company in Europe, attributed 7 percent of its sales to traffic suddenly coming in from Russia, and they didn’t see it coming. The result? They started translating their site into Russian.

The potential is just beginning to be realized. Only in 2013 have PayPal, Amazon and eBay become available in Russia.

Mobile is another growing and untapped market.

The average person has 1.3 mobile phones and smartphone usage has dramatically increased. A large chunk of online traffic – between 12 and 20 percent – is coming from mobile devices. But the conversion rate to paying customers is quite small and the opportunity to service these customers through mobile apps doesn't exist – yet. There also aren't any performance marketing metrics in place to track these conversion rates. That part is still fairly untapped in Russia.

eBay and PayPal have fairly strong apps that are used by consumers worldwide.  So anyone with advanced insights into what’s happening in mobile can do some land-grabbing in the mobile area by using them. There are some excellent mobile apps in the market, but still no ecosphere in Russia of start-ups doing digital development in apps.

Advertisers use retargeting and RTB display advertising to attract customers.

Retargeting basically uses "cookies" and search engines to bring potential customers back to websites they previously visited. These are usually people that visited a website, but didn't purchase anything. Using this process can potentially recoup lost revenue from the first visit.

In the past, advertisers would buy a million banners and start fine-tuning it to fit certain age brackets, etc. Now, with real-time bidding (RTB), they're basically buying a relevant audience. RTB allows advertisers to specifically target one particular impression at one particular person they have data on. It's no longer necessary to just shoot 1,000 impressions of banners and hope for 12 impressions shown to people who will actually click on them.

Retargeting is nothing new, but in Russia it has only started.

Affiliate marketing is growing but is still very fragmented.

Affiliate marketing is the process of placing ads on other websites promising to pay the website operators a commission for every sale these ads generate. It is becoming much more common in the U.S., but isn't being used in many advanced countries.

Using this process can also result in d-duplication, which means that two affiliate networks claim they delivered an order, because the customer clicked on banner ads for your product on both sites within 30 days. You need to have tools to determine what the customer is doing and who should get paid for displaying the advertising that resulted in the sale.

If you invested a lot of money in search engine advertising, you could be confronted with the following scenario:

Sometimes you can get the answer to which specific ad resulted in the purchase by using Google Analytics. But it can take up to 10 or 20 times of clicking on your ads before a person actually makes the purchase.

All of this provides a better picture of who should get paid.

The social media site uses  "cookies," which are stored in your web browser, to target users for specific products. All a potential customer needs to do is visit Facebook and, through an RTB service for advertisers known as Facebook Exchange, be targeted for advertising related to websites he or she may have visited.

This process of targeting potential customers through social media only started three or four months ago in Russia, but has shown immediate results.

Also, if you normally buy clicks from a website, you can reduce the acquisition costs of a purchase by not having to finance  irrelevant impressions or irrelevant ads. You can basically just filter out the ads that don't result in sales.