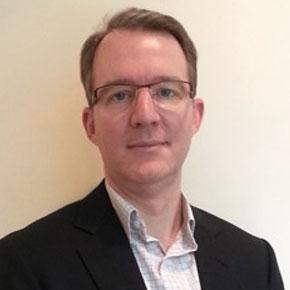 Divisions can't seem to work together.

Do any of these sound familiar?:

Each of these may signal the need for an organizational overhaul. A European automaker, for example, suffered for years from excessive competition between two of its brands. Part of the problem was that the brands belonged to two different brand groups under separate executive authority. The solution: an organizational redesign. A new CEO took charge and one of his first acts was to put the two brands into one brand group under a single authority.

No one seems to be accountable for anything.

John F. Kennedy famously remarked: "Victory has a thousand fathers, but defeat is an orphan." It is human nature, in other words, for people to claim credit when things go well and stay in the shadows when they don't.

An example: a major US computer manufacturer's new product introductions consistently disappointed. When the CEO asked for explanations, the marketing unit pointed the finger at the manufacturing unit, and and the manufacturing unit blamed the marketing people. Nobody took responsibility. At the same time, top managers were frustrated because they felt that nothing was within their control. A new CEO and a new organization design that gave managers more control, and more accountability, put new life into the organization.

A new advertising campaign is delayed because people can't agree on the message or how the costs will be shared or which media platform should be emphasized. A new product introduction is failing because key territories aren't supporting it. The problem is that too many people/committees need to sign off on anything before it can happen. New initiatives often fail because the design of an organization creates inefficient decision making structures, misaligned incentives, and gatekeepers with veto power over good ideas.

For example, a major European confectionery manufacturer struggled to implement a new strategy built around global brand management. New product development initiatives and global advertising campaigns stalled because of resistance from powerful country managers. Part of the problem: the company's organization design failed to evolve to match the new strategy. The company was ultimately taken over and broken apart. Clearly, poor organizational design can have dire consequences.

One hand doesn't know what the other hand is doing.

Sometimes miscommunication is the result of an innocent misunderstanding. Sometimes it is a deliberate strategy to protect a parochial interest. Careful attention to organization design can reduce this miscommunication and prevent negative fallout.

Take the example of a UK retailer whose purchasing department decided to reduce the number of distinct models of salt-and-pepper shakers purchased for the stores. The idea, as described by Paul Rogers and Marcia Blenko in the Harvard Business Review in 2006, was that each model of shaker would receive more retail shelf space and overall category sales would be unaffected. But purchasing costs would decline. Retail store managers, unaware of the strategy, reduced category shelf space proportionally to the reduced product variety and category sales declined instead.

Most organizations have similar stories to tell. Perhaps the salesforce makes promises that the manufacturing unit can't keep. Or a unit buys a new piece of equipment that duplicates equipment underutilized elsewhere in the organization. Or a marketing manager offers an overseas customer a currency adjustment that undermines Treasury's foreign exchange hedging strategy. It all boils down to a lack of communication, and attention to communication is critical to organizational design.

We're not responsive enough to our markets.

Our largest customer is demanding a single point of contact, but we can't seem to make it happen. Our R&D team is out of touch with what our customers want. We have trouble identifying and prioritizing opportunities. We've become preoccupied with efficiency and have forgotten about our customers.

An inappropriate organization design can lead to any and all of these problems. For example, a major U.S. airline teetered for more than a decade on the edge of liquidation because it could not perform its most basic job: getting passengers to their destinations on time. A new CEO implemented a new, companywide incentive system along with supporting organizational changes. On-time performance, customer satisfaction and employee morale rebounded, and the company returned to profitability within a year.