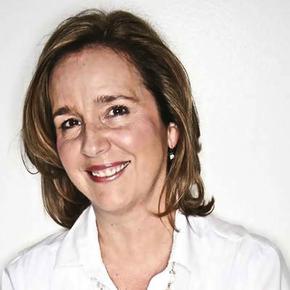 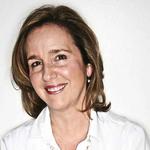 Ethnic foods associated with exotic spices and big flavors are popular right now; so are new spins on traditional dishes, like burgers.

Ethnic cuisines are big right now, especially Peruvian. That's been a trend for a few years as have ramen noodle bars. The challenge for restaurateurs is to figure out which so-called trends are passing fancies and which are actually game changers. They also need to consider which trends make sense to consider given their particular restaurant and customer.

Take burgers, for example. I thought fascination with "the best burgers" and variations on burgers would wane, but it just keeps going. Use of alternative meats, such as lamb and turkey, and vegetarian burgers with quinoa and farro appeal to adventurous and health-conscious eaters. Burgers are becoming ever more complex with the additions of other house-made ingredients, such as buns and fresh house-cured pickles.

Identifying the trends a restaurant wants to embrace is a constant challenge, as is execution, especially when it requires new techniques for the staff.

Homemade desserts are in high demand by food savvy consumers.

Homemade desserts – that is, actually made in-house – are replacing mass-produced commercial products in restaurants. Some restaurants that have traditionally bought their dessert offerings from outside companies want to take dessert preparation in-house but they have limited capacity in their kitchens. The challenge is to create recipes that fit with their current production capacity, space and equipment.

Even though diners say they're health-obsessed, desserts are really making a comeback – everything from nostalgic old-fashioned desserts to more formal desserts associated with high-end restaurants. For many diners, sharing desserts is de rigueur. For some, the thinking is that if they ate a vegetarian plate, they've earned the right to a sweet ending.

Customers like and seek out unique cocktails, which, not coincidentally, are also big profit centers. Bartenders are now called mixologists and an innovative craft cocktail program can add a new layer of branding to many restaurants. Using freshly squeezed juice and top shelf spirits, call brands, and esoteric liqueurs is a trend that is usually worth the cost.

Except for desserts, customers say they want more healthful alternatives and restaurateurs want to satisfy that demand. Those same customers may not order the healthful options every time, but they want alternative choices on the menu. For restaurateurs, that might translate to offering more vegetable sides, some using exotic vegetables, or whole grain sides; sweet potato fries in addition to regular fries. In recent years, ithas meant more vegetarian and vegan items.

Restaurants seek to offer standout dishes as part of their branding.

Restaurants want to be known for standout dishes. For example, if they’re doing rack of lamb they want it to be perceived by their customers as "the best ever" rack of lamb. They want people to come to their restaurant for these specific, signature dishes. And they're looking for knockouts in every category, including desserts.

Creating "wow factor" for dishes is important but challenging. How do we know we've found THE dish? Do tastings with everyone – owners, manager, chefs, servers. There’s usually a clear winner, which is interesting because it shows that "wow factor" is recognizable across the board.

Gluten-free is here to stay.

The demand for gluten-free dishes is on the rise and includes pastas, pizzas, breads and baked goods. Major bakeries that didn’t do gluten-free are now adding gluten-free products.

Gluten-free was originally a concern for people with celiac disease, a relatively rare allergy to gluten that make sufferers who consume wheat products quite ill. Now it has become a way for people to lose weight because removing gluten (wheat products) from their diet means they consume fewer calories. They substitute more vegetables and whole (non-wheat) grains.They’re losing weight not because of they’re avoiding gluten but because their calorie load is lower. That's why so many have jumped on the gluten-free bandwagon. Others say they simply feel better not eating gluten.

Whatever the reason, the health implications of this trend make it here to say. We all thought this was going to be a transient fad but it’s still going and it’s going strong.

Technology makes it so much easier to track sales, both in terms of what customers are consuming, when and where. Smart analysis of this data can tell restaurateurs a lot. Even small restaurant groups have computer programs that can show the top-selling items during lunch or dinner service on any given day. This can tell you seasonal variations such as more salad sales in summer and whether a new menu item or special has lived up to expectations.

The analysis needs to include other factors as well, including uncontrollable variables like weather and easily anticipated seasonal occasions like graduations. So many things can have an impact on sales that simple numbers don't tell the whole story. It is important to look at an entire year for a sales cycle, as a one- or two-month period usually doesn't tell the whole story. To really assess the success of a dish, it usually should stay on the menu a while longer.