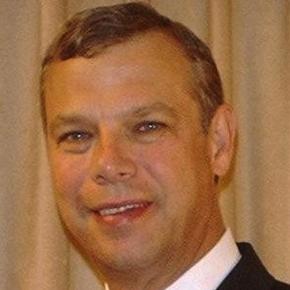 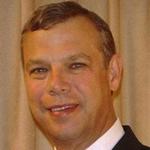 Angel investors are individuals who invest in early-stage ventures. Often, they are retired or semi-retired business executives looking to use their experience and skills to help startup companies in their field. Many active angel investors are members of one or more angel clubs. There are over 400 such organized clubs in the U.S. In aggregate, angels invest far more private equity capital than venture capital firms do in the U.S.

The term "bridge loan" usually refers to convertible debt that is intended to convert to preferred stock at the next round of financing. It usually has mandatory conversion upon raising a round of a given size. Incentives are usually offered to bridge loan investors, such as warrants to purchase stock on favorable terms and/or a discount to the stock price of the next round.

Competitive advantage comes in many different forms. It establishes a "barrier to entry" or "competitive barrier" that provides some form of exclusivity and allows a venture to pursue a market more successfully than the competition, at least for a period of time. A competitive advantage may come from owning a license, patent, trade secret or a brand, from being first to the market, from having a superior product, from having lower costs, or from having better access to marketing and distribution channels, or from having access to natural resources that others do not. It's the thing that enables the holder to achieve greater, long-term profits compared to others in the marketplace.

Crowdsourcing is a new form of Internet-based funding provided by Internet sites like Kickstarter or Gofundme which allow a startup to raise money from a large number of investors investing very small amounts of money. While there are exceptions to the rule, crowdsourcing tends to work best when raising money for a simple consumer product, and when the financial requirement is not large. Most crowdsourced funding activities offer a product or other incentive in return for investment.

Patent
A patent is an exclusive right to make, use and sell a product or a process. Patents are granted by governments to inventors and are effective within their jurisdiction. Patents are usually granted for 20 years from the date of the invention in exchange for disclosing the investment to the public. Employers usually require employees to assign inventions made as part of their job. In order to obtain a patent, the inventor must demonstrate that the invention is both novel and useful.
Preferred stock

Preferred stock is stock ownership in a company that has certain preferential features over common stock. Preferences usually include first right to proceeds upon sale of the company of one or more times the original investment, dividends, and voting control on certain corporate transactions such as merger or acquisition. Preferences can also include the right to elect one or more directors by the owners of the preferred stock.

Right of first negotiation (ROFN) and right of first refusal (ROFR)
A ROFN is a right to the first opportunity to negotiate to enter into an investment or business deal with an individual or company.  A ROFR is a ROFN with the added provision that if a deal cannot be struck with the holder of the ROFR, then no deal can be entered into with another party without first offering the same terms to the holder of the ROFR. The entity that holds the ROFN or ROFR has no obligation to act on the opportunity, but they have right to do so for a certain amount of time or under certain conditions.
Trade secret

A trade secret is know-how that is purposely not patented or published but held in strict confidence by the holder. Trade secrets are typically recipes, formulas, processes, designs, or methods of production that are not generally known and are difficult to reverse engineer. The classic example of a trade secret is the Coca Cola ingredient formula. Trade secrets are only protectable as long as they are kept secret, efforts are made to avoid disclosure, and recipients are notified that the information is a trade secret and agree not to disclose it to others.

Venture capitalists are individuals employed by organizations that manage money on a fee for service basis on behalf of others, much like mutual fund managers. Unlike mutual fund managers, venture capitalists typically invest in earlier stage private corporations and take an active role in managing and controlling the company, often becoming members of the company’s board of directors.