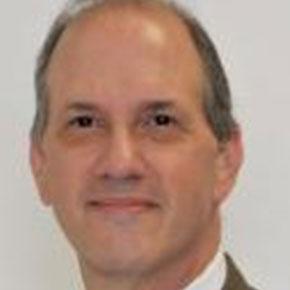 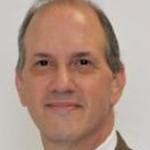 Human Trafficking - Compliance in Business and the Supply Chain

The California Transparency in Supply Chains Act (SB 657), which took effect in 2012, requires certain manufacturers and retailers that do business in that state to publicly disclose what specific actions, if any, they’ve taken to eliminate slavery and human trafficking from their product supply chains. (Source: Moss Adams Manufacturing: Achieving the Triple Bottom Line by Gerardo Godinez, Senior Manager, Manufacturing & Distribution Group.)

When a meeting, or part thereof, is held under the Chatham House Rule, participants are free to use the information received, but neither the identity nor the affiliation of the speakers, nor that of any other participant, may be revealed.

Executive Order 13627 does not apply to COTS items.

Executive Order (EO) No. 13126 "Prohibition of Acquisition of Products Produced by Forced or Indentured Child Labor"

Executive Order (EO) No. 13126 prohibits federal agencies from buying products that have been made with forced or indentured child labor. The Department of Labor, in cooperation with the Department Homeland Security and the Department of State, publishes an annual List of Products Produced by Forced or Indentured Child Labor. (Source: http://www.dol.gov/ILAB/regs/eo13126/main.htm)

Executive Order (EO) No. 13627 "Strengthening Protections Against Trafficking in Persons in Federal Contracts"

EO 13627 (signed September 25, 2012) strengthens protections against trafficking in persons in Federal contracting.  The Federal Acquisition Regulatory (FAR) Council amended the Federal Acquisition Regulation to strengthen the efficacy of the Government's zero-tolerance policy on trafficking in persons by Federal contractors and subcontractors in solicitations, contracts, and subcontracts for supplies or services (including construction and commercial items).

Forced labor is work which is extracted under the menace of penalty and for which the worker has not offered himself voluntarily.  Forced labor applies to both adults and children.  Prison labor can fall under forced labor.

The transportation of a person from one country into another with the intent to evade the receiving country's immigration laws.

The recruitment, transportation, provision or obtaining of a person for involuntary servitude through the use of fraud, force, or coercion. Human trafficking involves the exploitation of a victim.

The Bureau of International Labor Affairs (ILAB) leads the U.S. Department of Labor’s efforts to ensure that workers around the world are treated fairly and are able to share in the benefits of the global economy. ILAB’s mission is to use all available international channels to improve working conditions, raise living standards, protect workers’ ability to exercise their rights, and address the workplace exploitation of children and other vulnerable populations.

Any child labor as outlined in the International Labor Organization (ILO) Convention 182 AND any children engaged in work that is exploitative and/or interferes with their ability to participate and complete required schooling.

This includes: slavery, sale and trafficking of children, debt bondage, forced labor, or recruiting children for use in armed conflict, child prostitution, child pornography, involving children in other illicit activities (such as drug trafficking); and work which is likely to harm the health, safety, or morals of the child.  Children are prohibited from being exposed to physical, psychological, or sexual abuse, working underground, underwater, at dangerous heights, or in confined spaces, working with dangerous machinery, equipment or tools, working in unhealthy environments, and working under difficult conditions (for example, long hours, night hours, confinement to the premises of the employer.

Human Trafficking - Compliance in Business and the Supply Chain