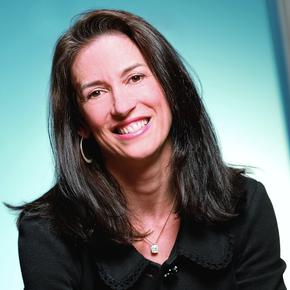 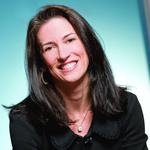 The pace of change is dramatic and any business that cares about its future cannot ignore today's youth.
We all know that technology is changing everything. But we are often unable to see the impact of these changes on consumer behavior both today and into the future.

Consider a generation that's grown up only knowing a totally wired life – these are young people who know instantly what their peers think about a topic or a product; for whom driving to a store is more of a field trip than an every day occurrence; who have only known an "on demand" entertainment world; who expect that their voices be heard and that their opinions matter; who have the tools to create anything they can imagine.

This wired generation certainly acts differently now and the differences are more profound than in past generational shifts.  But equally important is the impact of this generation on future businesses, and it is incumbent on companies to ask themselves:  "How will today's youth behave when they grow up and what do I need to do today to set myself up for success tomorrow?"

Families have become much more democratic.
We’ve seen a real change in the last 20 years in the way families function.

Twenty or thirty years ago, the model was that the parents were in charge, the kids did what they’re told, and if they didn't, there were consequences. Most families functioned that way.

Today’s families are much more democratic. Kids have a louder say, a bigger vote. Kids are involved in decisions from obvious ones like what breakfast cereal to buy, to less expected ones like what car to buy. It never would have occurred to my parents to include me in the decision of what car to buy when I was 12, but there’s data that shows that kids now are having a say.

What this means to businesses is that decision making is complex. It's not simply a matter of presenting one product or message to one person and making a sale. We need to understand the circuitry of how decisions are made in the family and act accordingly.

Traditional gender stereotypes are breaking down.

What boys can do and what girls can do is very different than it was in past generations.

We’ve done a lot of work with kids to understand what it means to be a girl or a boy.

There's a blurring of distinction and a move toward convergence.

That which used to be entertainment – let’s say Nickelodeon – was a place to go watch TV.

That’s not the case anymore. Nickelodeon is still a place to go to watch TV, but it’s also a theme park and products you can buy in the store, SpongeBob Kraft Macaroni & Cheese. It’s fashion. It’s certainly digital and interactive. More and more in our culture the brands, products and intellectual properties are blurring the lines so that they end up having a deeper relationship and importance in consumers’ lives than the mere category in which they started.

Even celebrities. Someone may start out as a singer, but the next thing they’ve got a line of clothes in Target, and they’re writing a blog, and they’re doing cookbooks. Because of the different touch points that are available to us through digital media and the more traditional media, celebrities and intellectual properties and movies can all take so many different forms.

Because of this convergence, working in this space right now is fascinating. If you’re Kraft Macaroni & Cheese, you’re not just thinking that your competition is the product sitting next to you on the shelf. If you’ve got SpongeBob on your box, then your competition might be Scooby Doo. And if Scooby Doo is getting more popular than SpongeBob, what does that mean for your business?

As our lives get more complex and technological, there is a continuing counter-pull toward simplicity.

As we get more technology in our lives, I think we'll see a corresponding attraction to simplicity.

We will value more and more the pure versions of things, such as food products.  How many things are there on the food shelves right now that have the word “simply” in their name? Simply Orange. Simply Yogurt. I think that’s a response to complexity.

As the world is moving more towards complexity and convergence and blurring, I think we’ll also start to see an emerging desire for the simple, the pure. People will start to prefer vacations that represent the simple pleasures and family time. That’s a trend that’s been great for Hasbro – their board games are actually becoming more popular because people are wanting to have those kinds of experiences again. There’s always a point/counterpoint.

Dad is emerging as an important marketing target in the youth and family space.

Historically, mom has been the default target for marketers when it comes to family products. I think dads are becoming more a part of the culture in terms of making the purchase decisions.

Ad Age reports that 51 percent of all grocery shoppers are now male, which is the first time it has become more than half. That is a significant shift in our culture.

As dads take on a different role in the family, they are starting to become much more important to marketers who would have traditionally considered mom the most important decision maker. This is an under-appreciated opportunity for companies to engage dad in ways that they haven’t historically done so.

There was a diaper company last year that did an ad for dads, which is really big. It was a disposable diaper company. Every ad you think of for that audience would be for mom, but in this one, dad’s changing the diaper, dad’s the guy running to Target in the middle of the night, dad’s in the family in a much different way. That was revolutionary and exciting to see happen.