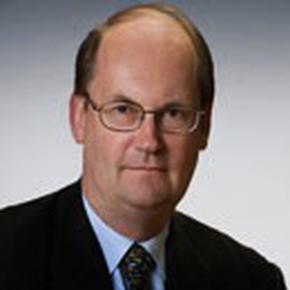 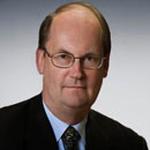 There are enormous generational changes taking place in China.

There are several generational divides in China that are really crucial to understand. The first, of course, is that between people who went through the Cultural Revolution and those who didn't. The older generation experienced horrors that the younger one has little sense of, and the older generation is guided by values that are less fashionable now, and certainly less enforced.

But there is also an important generational divide between people who were born after the 1980s and their parents. These younger people have grown up with some measure of contact with the West, particularly if they were born after 1990. Younger people typically speak better English, have better skills, are more attuned to the subtleties involved in international relationships, and are more interested and ambitious. They're better-educated than their parents, and they have much greater opportunities. They grew up in a country that was largely peaceful, and they tend to be great admirers of Americans and Europeans.

The generational shifts have had a huge impact on business culture.

You have to look at the generational shifts in tandem with the growth in the private sector since 1992 or so. Keep in mind that the economy has developed in ways that were unimaginable in the 70s and 80s.

People who were in power then, when economic reform began, were in their mid-thirties or older, and their education was rooted very much in Maoist and Communist doctrine, including notions of central planning, who should make money, and how markets should operate. They were taught to be suspicious of foreigners, and obviously that affects dynamics with respect to operations with international companies. People in this older generation are going to have one set of expectations, habits, and mannerisms in the business context that is very different from those of younger people. The Chinese differentiate between these generations, too.

People born after 1980 or so are not only better educated and receptive to ideas from outside China, but their buying habits are very different. The vast majority of the younger generation only shops online, for example, which obviously is important to take into account when you're assessing the market for your product or service. They're also not very political. Unlike their older counterparts, they don't know or care as much about the political system.

It's also important to be aware of these distinctions with your hiring practices. Younger people are going to be more excited about going to work for a foreign company. They aspire to travel overseas. These sorts of things are important to keep in mind as you hire and plan to keep your workers satisfied.

Economic reform is an ongoing process.
There are some who argue that for the past 10 years China has slowly slid back towards a greater emphasis on state dominance of the economy. I wouldn't go quite that far, but I do agree that economic reform lost momentum for awhile. But lately that's been reversed.

Enormous changes are now coming out of the Third Plenary Session of the Communist Party, which took place in the fall of 2013. New leadership under Xi Jinping is made up primarily of municipal and provincial administrators with leadership and administrative experience at the municipal and provincial levels. They tend to understand the economy better than the central party bureaucrats who were the leaders before, and this shift creates business opportunities for foreigners attuned to the shift. The current leadership believes in more market participation and that business practices should be quasi-privatized, for lack of a better term.

Changes in economic practices are gradually being announced that will bring about much greater market participation. Certain sectors, like healthcare, traffic management, pollution control, clean water, and food and pharmaceutical safety are going to be less tightly controlled.

If foreign companies doing business in China don't play close attention, they might not only miss out on valuable opportunities but find that they're misallocating capital, hiring the wrong people and not being strategic overall.

There's an explosion in popularization of culture due to media.

Apps and social media have completely transformed how young people live their lives and communicate in China. Like elsewhere in the world, Apple is a revolutionary force. The government has banned Facebook and Twitter for pretty obvious political reasons, but there are so many similar products in China that are enormously important, have flooded the market and were encouraged to develop by the government. It's in many ways just like it is in the U.S. It's just more startling because it's happened so quickly and so pervasively.

Weibo, for example, is like a combination of Facebook and Twitter. People live on it, chatting, telling their life stories, and talking about business. It can also be used to broadcast music and video. Every major American television show now is known by almost everybody in the cities along the east coast who was born after 1990.

There isn't Google in China, but there is Baidu, which is used the same way. WeChat, which uses voice, video, photos, and text, is used for business all the time. Also, it's important for foreigners doing business in China to understand that the Chinese don't really use email – they've moved on from it and rely more on instant messaging.

All of these things are important to know not just to understand the market, but also because they affect how you communicate with your employees.

While national markets have developed for things like social media, China remains made up of multiple markets.

You always have to think of the market in China as multiple. There is, of course, the national market for some things, like social media. No matter where people are, they're talking about the same artists, musicians, lifestyles, and trends.

Then there are multiple regional cultures, both "broad sweep" ones, like North China, and those that are specific to individual cities like Beijing or Shanghai. Regional cultures can have their own languages, their own stories, and their own buying habits. There are regional markets along the east coast, and those are often broken up by distributors and sub-distributors that follow the structure of the government and supply municipalities, local counties, and county-level cities. Then, there are provincial capitals.

There are five or six major language groups in China, each one very different. A person speaking a local dialect won't be able to understand someone from another part of the country. The languages and local culture obviously determine tastes and buying habits.