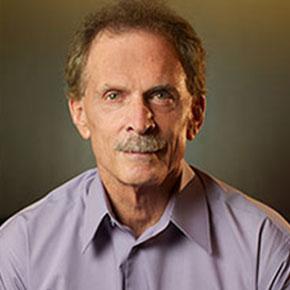 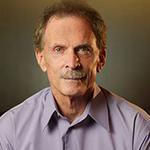 Technology has enabled around-the-clock working.
Information technology allows the production components to work remotely and with little concern for time allotments. In the interactive entertainment industry, fundamental engineering and art components can be outsourced into distant time zones globally, and with reduced cost, while the essential user-experience and interface programming is done stateside.

Because of these distances and work schedules, coherence of purpose and result can be diluted. Today's workers respond by working incredible hours without tiring. The long hours and distance, in turn, can make attention to staff personalities and dynamics a critical component of work group or company success.

A faster pace of work gives companies less time to recognize and rectify internal problems.
In the not-too-distant past, it could take a decade for a company to fail. Company leadership wouldn't recognize what they were doing wrong for years until the company gradually wound down and competitors just ran over it.

Today, it takes just 18 months, or even less, to fail. Recognizing and dealing with impediments to staff harmony – working through dysfunction – to achieve strategic and tactical goals becomes increasingly urgent, as just around today's corner lies a competitor waiting to strike with the speed and agility brought about by technology and lesser barriers to entry.

Intercultural work forces introduce new challenges to staff harmony.
Technology is bringing increasing numbers of Chinese, Indian national and other workers into work forces, especially in digital media. It may seem obvious that intercultural differences might foster potential conflict. But it doesn't have to.

It can be possible for a company to work with Chinese, Indian, Russian, German, Korean and French workers at the same time. Getting along can be as easy as allowing everyone to laugh at their differences. If you do it in the right way, it can be a fun thing for a group when it respects and honors what makes workers unique and valuable.

As an example, it may useful to point out how hard-wired it is for the Chinese – especially female Chinese who are trying to live up to the expectations of parents who wanted sons – to work extra hard to overachieve compared to everyone else. They need to be applauded and recognized for having the burden that not a lot of us have. When done in a friendly, sociable manner they smile about it and everybody else smiles about it, too.

Changing cost structures are lowering barriers to entry for developers.

The mobile gaming platform is, by its very nature, a less expensive platform. For the user, the ever-recurring lower costs and higher performance of the better mobile devices may be equal shortly to the newest console device’s consumer purchase price.

But the cost to develop for mobile platforms has significantly lowered the barrier of competition for developers to enter the mobile marketplace. Instead of having to spend $10 million to $40 million to make a console game, a developer can spend between $200,000 and $1 million to make a mobile game.

Up until three or four years ago talented persons on a development team could never consider going out on their own and finding enough money to build a console game. Now, as a member of a successful development company, they're able to leave and start their own mobile gaming venture in a way they could never have done before. Historically, there are maybe 500 companies over the last decade that have either built, or tried to build, a console game. There are more than 70,000 mobile game developers that have published games on Apple’s iOS mobile platform alone, and that number is growing by thousands each month.

This, of course, also changes the landscape for monetizing the games. In 2008 and 2009, with the advent of the Apple Store, most of the games were premium games for which you pay once. We call it pay-to-play or premium, and you get the whole game, download it and play.

Then, the year or so after that everything dropped down to 99 cents for about 80 per cent of the games that came out. The 20 percent remaining were made up of freemium (download the game for free, then purchase the DLC (downloadable content) and free-to-play, or F2P. But the 99-cent price point evaporated after only about a year. F2P rose dramatically. So now a customer – and this is true for more than 90 per cent of those games downloaded – has access to a horde of free games. You are able to download a game and play it and have a good time for no cost if you choose. If you want to dig in deeper and take it farther you could, in fact, pay some minimal costs, or even a lot depending on your aggressive player stance. The publisher/developer revenue is made on only a small percentage of players, varying from 3 percent of the total downloads to as much as 20 percent, but rarely more.

There are few players called whales. They are in the 1-percent to 2-percent category of all the players who actually pay a lot to either advance more quickly or to give themselves a sizable edge in terms of power they would possess in the game. Those whales are the dream attraction for game developers to attract and monetize.

Gaming technology is growing in technical complexity and creative sophistication.

Mobile platforms and tablets have gotten considerably more powerful in just the last couple of years. Within the next one or two years, mobile platforms will be equal in power to the current crop of consoles. Mobile power is just now beginning to exceed that of old generation PlayStation 3s and Xbox 360s in terms of the ability to create worlds and record graphics with incredible speed and visual veracity.

It no longer is acceptable to spend a lot of money developing a game without taking full advantage of the technical ability a platform might have. That puts a lot more pressure on developers if they want to compete with the thousands and thousands of mobile game developers in the market now.

It also places a burden on those who still want to build for the new versions of gaming consoles. They require more technical sophistication in maximizing that hardware. That’s why end-users continue to pay more and more for new generations of content on new hardware.

This will never stop in the technology business, but it is very much incumbent upon developers today to muster the necessary competencies to maximize the hardware. If they don’t do it the competitors will, and no matter how smart their game might play, it may never play as well or look as good as the one for which the competitor has maximized that technology.

Another result has been that people on the technology, or hardware side, are reaching out to ally themselves with game software developers either contractually or by bringing them in in-house and starting their own software divisions.