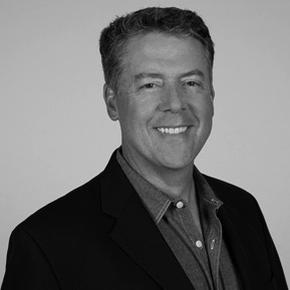 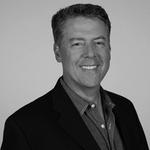 Prospective employees are paying much more attention to your company's culture because of availability of information.

A candidate for a position with a company today has a lot more information about that company than ever before.

Because of social media and social channels and big data, you can research turnover in a company and what an executive's rating is on Glass Door. You can find out what the sales patterns are, who the key investors are and what kind of companies these investors usually invest in. You can find out the company's potential destiny is: Is it going to be sold to Microsoft?

There's an enormous amount of information out there that puts pressure on an organization in ways that never happened before. Organizations can't hide lousy managers anymore because employees are out there talking and sharing: “Hey, Joe over here is a knucklehead. You don't want to work with them.” And that's showing up in social networks.

People have more visibility to your decisions than ever before.

Living in a transparent universe makes it far more challenging to be a manager today.

As an employee today, you have so many more avenues of information than you used to have.

Here's a great example. Elon Musk at Tesla is having an entire conversation with his employee base while he is battling the media on Twitter around battery fires or poor reviews of his cars. At one time, his reaction would have been in a phone conversation or behind the scenes. But today it's in the public sphere and everyone at Tesla is seeing him represent them. His statements and his actions are immediately affecting the brand in ways it's never been before thought possible. And that's trickling down.

Your managers' behavior on Twitter and Facebook and other things is immediately affecting your company brand. As your company grows, these are things that are going to start hitting you really fast.

Another big example out there recently: The CEO of America Online, Ted Armstrong, fired somebody in a meeting and someone recorded it, posted it on Soundcloud and you can go online and hear this guy firing somebody and hear the whole meeting. That affects my view of America Online as an investor, as an employee, as a potential employee. These are the kinds of things that organizations didn't have to face before.

Competition for software talent continues to be extreme. The supply of talented people is really thin.

The competition for software talent and technical talent continues to be incredible.

If you’re in North America, we have not sorted out the immigration policies to allow us to hold on to these great foreign-born students who are really struggling to get the proper visas to allow them to stay and work.

Demand for this talent is far outstripping supply, and that’s leading to much stronger competition for talented people and much higher compensation.

Even very early-stage startups are paying competitive wages to what a Yahoo! or a Google or a NetApp or an Intuit are paying. It’s an employee market, and it’s going to be that way for some time until the supply of skilled people increases.

Companies are learning to grow their own talent rather than hiring talent.

This is a result of the lack of supply of software and technical talent.

It may take months to hire a mid-level to senior technical engineer. In the same amount of time, you can hire three or four master's or bachelor's of science, computer science or math and train them yourself. Or you can build an internship program and grow that talent, and then start adding to it every year.

That’s the strategy that more companies are having to undertake, because they just can’t compete in the marketplace. It’s too time consuming and it’s too costly to recruit the people who have developed their skills and experience at other companies.

Companies' ability to absorb change is not keeping pace with all the change that's coming their way.

At LinkedIn or Electronic Arts, we couldn’t put a business plan together that went beyond a year and a half where we could look ourselves in the eye and say, “We really stand behind this with confidence.”

The opportunity for disruptive game-changing technologies is so high, you can’t see with a high degree of clarity exactly where things are going.

I love the quote from Reid Hoffman, the founder of LinkedIn. When he was asked, “Reid, who is your biggest competitor at LinkedIn? Who keeps you up at night? What do you worry about the most?” his answer was: "The company that hasn't been founded yet."

That's Silicon Valley in a nutshell. You'd better be paranoid because someone's going to turn your model on its head and you'll be obsolete in the blink of an eye.

Startups can get on their feet faster because they need less money up-front.

Early-stage companies are more viable than ever.

The amount of money that it takes today for organizations to get on their feet is far less than it used to be. There is no need for a start-up to fund some huge IT infrastructure. Now you can run on Amazon or an outsourced cloud service that can support a lot of your infrastructure.

The cost of setting up a technology industry business is far less today than it’s ever been.

We were talking about this not so long ago at LinkedIn, and saying, “Man, if we started this company now we would require a fraction of the capital that we needed when we started.” That’s less than a decade, which is really powerful. For entrepreneurs, that has to be incredibly exciting.

Companies can become more viable faster because they need less money. That means there's less dependency on a "big ask" to get a huge chunk of start-up cash.