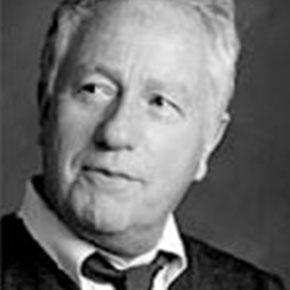 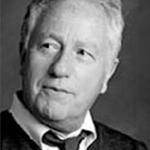 Team harmony can be hampered when team members don't have a sense of psychological safety in dealing with team issues and in team meetings.

The primary goal of a leadership team is to conduct the best analysis and make the best decisions. To get to that point, each team member needs to feel valued and safe in discussing ideas.

This means that cliques and out-groups need to be avoided. Unaddressed conflicts need to be worked out. Access to the CEO and other team members needs to be built around a flat structure. Communication styles need to be adjusted to fit the problems being addressed.

This requires intentional effort on the parts of the team's members. Learning about the group's communication needs, monitoring team performance around communication and safety standards and addressing concerns are all required.

Every team needs to decide why it is a team, and what is going to be truly helpful in reaching its highest level of functioning. Unfortunately, many teams have not spent enough time on this issue.

It takes time and energy to figure out a team’s purpose, its contribution to the enterprise. And it needs to derive from a conscious process that all on the team work together to achieve.

It also requires monitoring the team’s performance periodically so it can correct its behaviors, or those of individual team members, when needed. This is to ensure the team truly is working as a team according to the norms and expectations the team set for itself.

Company and team cultures are not adequately, and directly, communicated.

The ability of people to read, and understand, company culture is critical to success of an executive team. In some cases, people will just have difficulty understanding a new culture. They exhibit a sort of tone deafness. In some cases, the company, and other team members, could do more to share the cultural norms though orientation, guidance or instruction.

This kind of problem springs up most often when someone new is introduced into the mix. It may be a new hire or a company merger. And it can occur at any level. It may be a conflict between the old way of doing things in accounting and the new way of doing things in engineering. Or, it may be a new CEO who does not work within longstanding modes of operation and constantly bumps up against: "That isn't the way we do things here."

Take the example of a young executive who was gung-ho about his work. He was achieving what he saw as a great deal of success. He was winning debates about strategies and tactics and believed he was "knocking it out of the park." Later, though, he was told his performance was sorely lacking because the company valued a high-degree of consensus. Had he known this earlier, he could have adjusted his approach and avoided a great deal of conflict and hurt feelings.

Helping an executive team reach its full potential is like a lot like the practice of medicine. The sooner you’re onto something the better. And prevention is even better. Acting on minimal symptoms makes for a far easier intervention than waiting until later in the cycle.

All too often, companies wait until they have a train wreck. Some of these terrible situations could have been avoided if the right resources were brought in the year before. Ideally, a company might bring in help at the time that a team is forming or changing. With the right guidance the team can learn to police itself and correct its own problems before they have a dramatic impact on performance.

Personality and work style conflicts are allowed to continue through inaction.

When problems or potential problems arise, leaders don't always recognize the warning signs. Sometimes they avoid the issue in the hope that it can resolve itself. Avoiding such conflict, however, can be self-defeating because it permits conflict and problems to grow.

How can you identify when a problem is brewing?